Join 32BJ in fighting the deportation of Juan Vivares 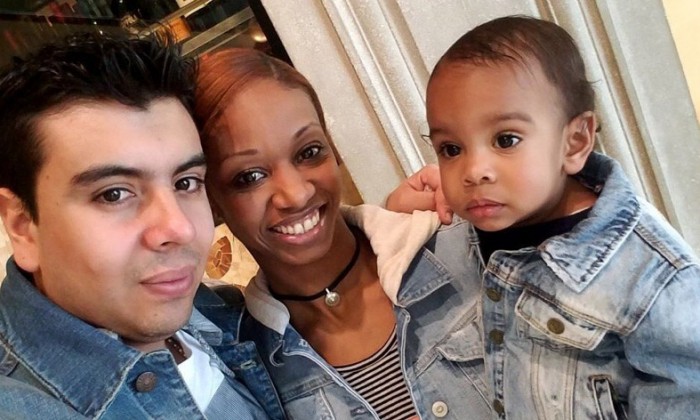 This is a post contributed by our allies at 32BJ SEIU. Join us in supporting 32BJ's efforts to stop the deportation of Juan Vivares, husband of 32BJ union member Yahaira Burgos.

Update: GREAT NEWS! We are so happy to announce that after two weeks of detention, Juan Vivares is home with his family! Juan has received a stay from the Board of Immigration Appeals and was released while his wife Yahaira Burgos's family-based petition and motion to reopen removal proceedings is being considered in order to keep the family together. Our 32BJ sister Yahaira is a New York City doorwoman. Her and the couple’s 14-month-old son are both US citizens.

On March 21, in a heartbreaking turn of events, Juan Vivares, a father and husband to US citizens, was detained during a check-in with Immigration and Customs Enforcement. The hardworking electrician was forced to flee Colombia in 2011 due to political violence and was living legally in the United States awaiting a final court decision on his application for political asylum. That appeal was denied.

Now he and his wife, Upper East Side doorwoman Yahaira Burgos, fear for his safety again as he may be forced to return to Colombia. The family followed the proper legal procedure and filed an I-130 petition for Juan to stay in the U.S. as the husband and father to American citizens.

The couple’s son is devastated by his father’s detention. For the first time in his life, their son will go to sleep without his father next to him. Yahaira is also on the cusp of losing the most integral person in her life, the person who provides unwavering emotional and financial support. With good jobs as an electrician and a doorwoman, these young parents were close to fulfilling the American Dream and buying a home, but now this dream is in jeopardy.

Here is what we need you to do:

Sign this petition to tell ICE that Juan must be allowed to stay in the US!

Here is a script you can use:
"I am calling on behalf of Juan Vivares Mazo, A# 088-077-226, who ICE detained on March 21st. Juan must be released from ICE custody immediately. He has no criminal history. He is married to a US citizen and they have a US citizen child, for whom Juan is the primary caretaker. Juan is waiting on the adjudication of his family-based petition. He must be able to reunite with his family while he waits. Thank you!"