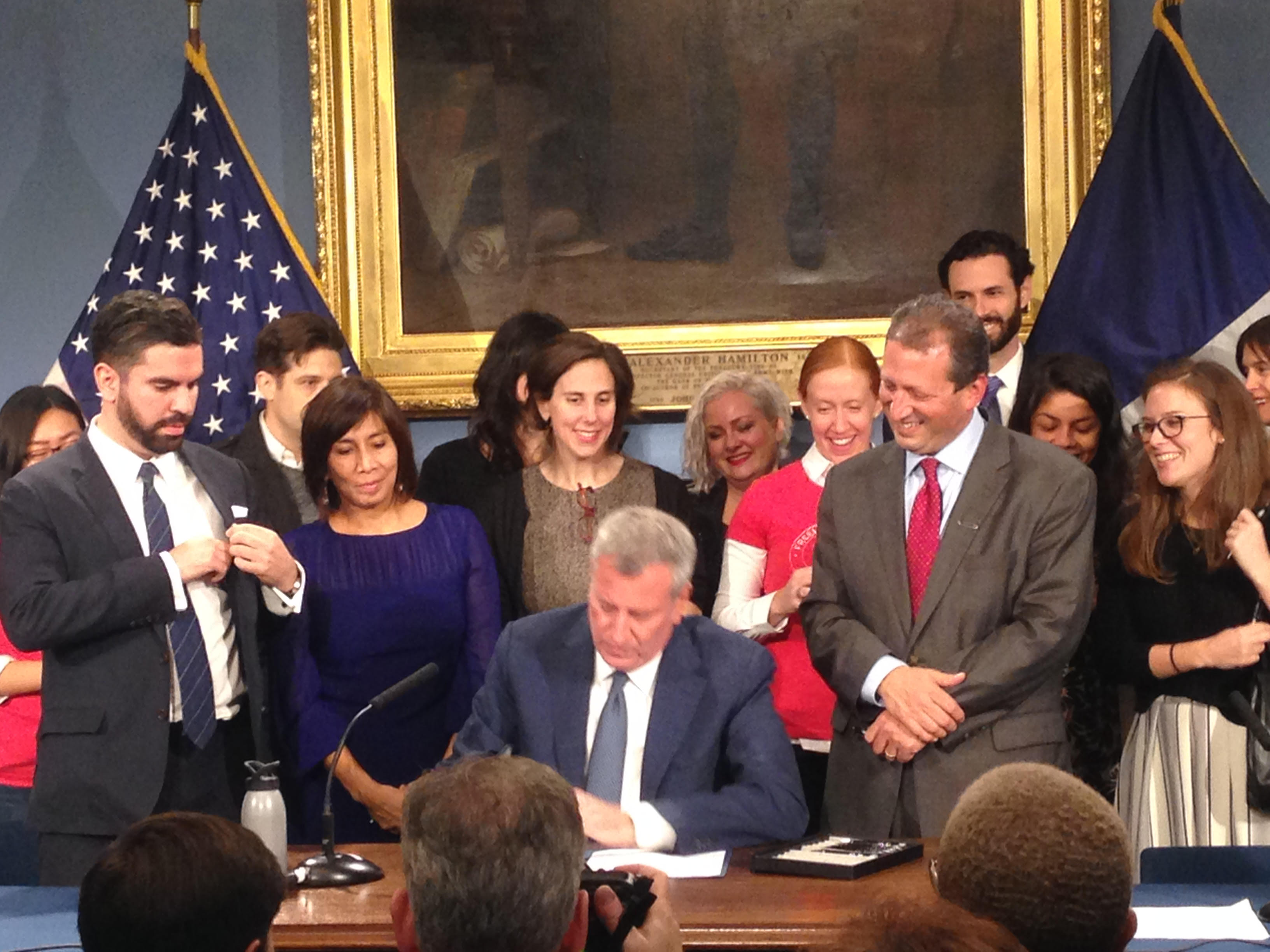 Yesterday, November 16, 2016, Mayor Bill de Blasio of New York City signed the Freelance Isn't Free Act into law. This starts the clock on a 180 day countdown until the Act goes into effect.

Designed to protect freelance workers against nonpayment, the Freelance Isn't Free Act mandates contracts for gigs paying over $800, and increases penalties for clients found guilty of late or nonpayment. You can learn more about it here.

Over the course of the next 6 months, Freelancers Union will be rolling out a number of resources to educate New York City freelancers about their new rights; inform clients on how to stay compliant with the law; and provide solutions for freelancers who do encounter nonpayment.

This legislation is the first-of-its-kind in the nation and marks an important moment in labor history as it recognizes independent workers as a distinct group. Freelancers Union hopes to engage with its members nationally to replicate this legislation in cities across the states.

A big thanks to the members of City Council, our partners and allies, and the freelancers of New York City!