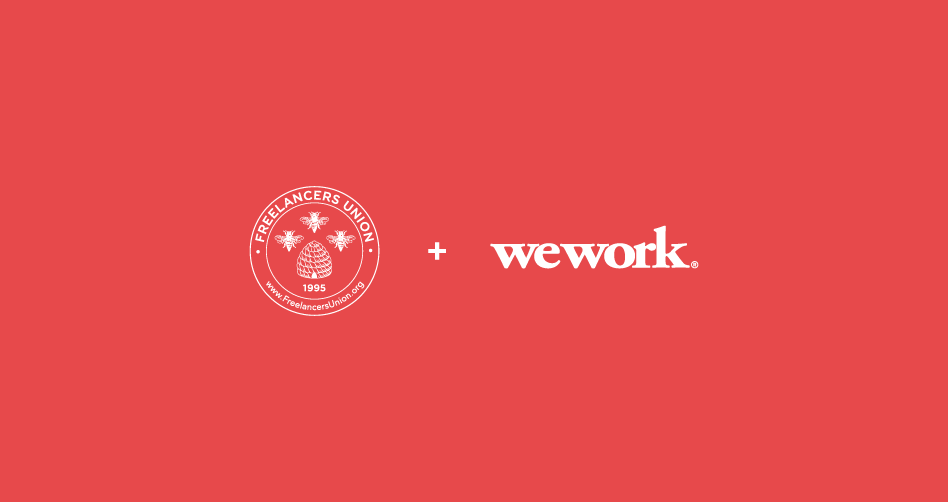 WeWork, a platform for creators and the world’s largest coworking startup, announced its support of the Freelance Isn’t Free Act. This landmark legislation would protect freelance workers against client nonpayment and bad business practices should it pass in New York City. With majority support in City Council, the Act is poised to pass and freelancers are making a final push to bring it to a vote:

Headquartered in New York City, WeWork is a platform for creatives, providing almost 60,000 members around the world with space, community, and services through both physical and virtual offerings. With a membership comprised of entrepreneurs, freelancers, startups, artists and small businesses, WeWork’s support of the Freelance Isn’t Free Act underscores the importance of attracting skilled and creative workers to New York City. The Freelance Isn’t Free Act would ensure that independent workers have a right to be paid on-time and in-full by their clients.

7 out of 10 freelancers in New York City struggle to get paid for work and lose an average of $6,000 annually in unpaid invoices. Nonpayment puts independent workers at risk for financial instability, credit card debt, and even eviction. In protecting freelancers from nonpayment, the City of New York has an opportunity to help thousands of small businesses succeed.

The Freelance Isn’t Free Act would mandate contracts for project-based work above $200 as well as 30-day payment terms. If a client fails to pay, freelancers have may report the client to the Department of Consumer Affairs as well as take them to small claims court. The legislation empowers judges, should the freelancer win the case, to impose double damages as well as hold the client responsible for attorney fees.