A deadbeat client bankrupts a project and stiffs over 100 workers 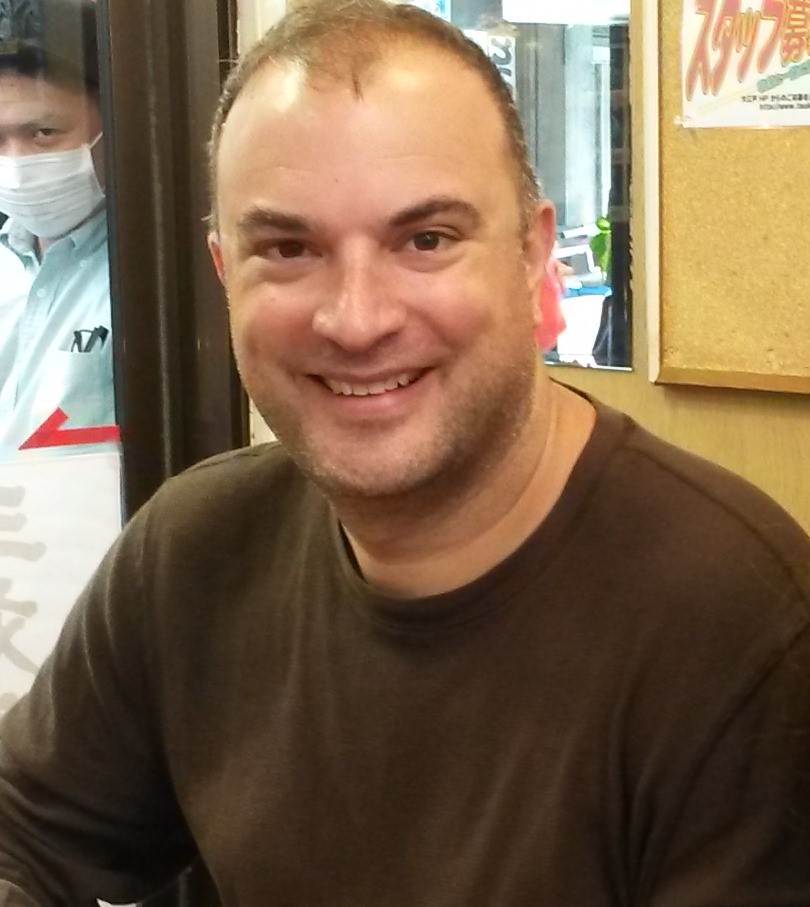 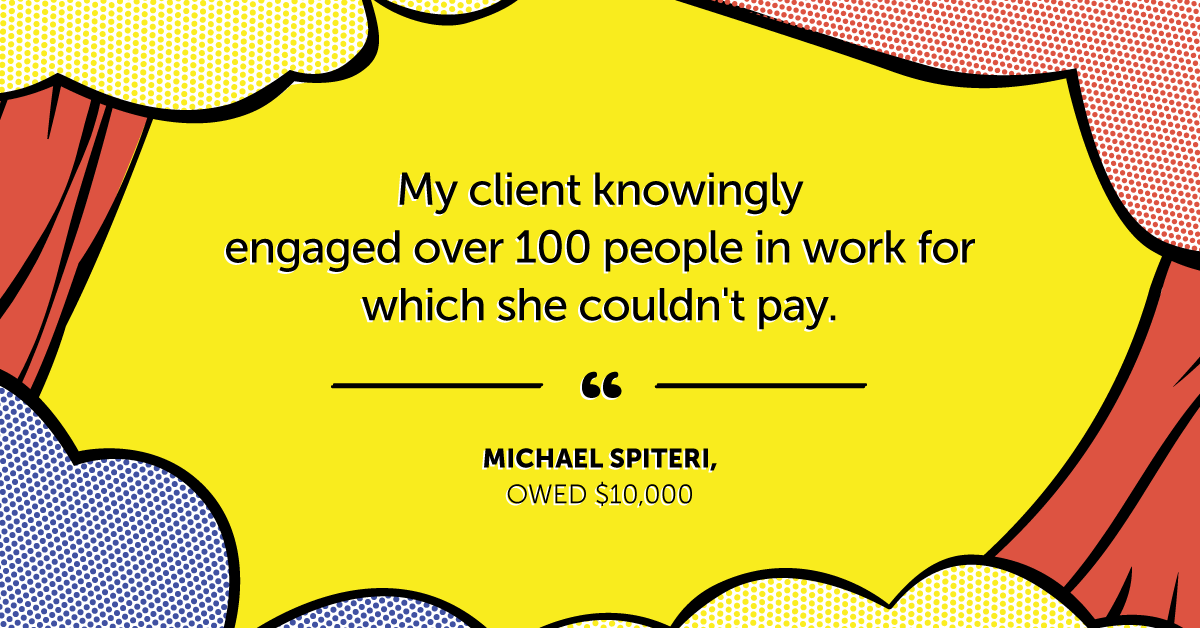 It’s like Dateline for the day-time, except now it’s become the stuff of nightmares. A gig for a TV show has nearly, if not completely, bankrupted myself, a crew of 30, a staff of 40 including 1099ers, small businesses, vendors, a studio, and the producer herself. The show’s premise? Real-life crimes and the people who survived them.

My name is Michael, and I’m a freelance tech producer. I’m currently owed almost $10,000 for work completed on “The Security Brief,” filmed at NEP Metropolis Studios in East Harlem, NYC (who is also owed a considerable amount of money). As a freelancer, I’m lowest on the payment totem pole, and as of today, payment will be 10 months past due. So I’m writing to ask for your help. Not just for me, but for all NYC freelancers in their fight against deadbeat clients.
**[

In June of 2015 I was hired by a television management service run by a guy I’ve known and trusted for years. While I signed the basic “start work”– a package including an I-9, contact info sheet, safety information – contracts protecting freelance production workers are pretty much nonexistent.

I worked on the show through September 2015 without a hitch. Twice a week, I coordinated a crew of 35 on-site. Some were hired directly, and some were freelancers hired by other managers, like our lighting designer.

From June to September, checks were erratic, but that’s nothing new. 30 day, 60 day, 90 payment cycles might sound crazy to employees, but it’s unfortunately typical for freelancers. On September 24th, however, I got what would be my last check. Given I was invoicing and getting paid 30-45 days later, I didn’t realize anything was wrong for awhile.

As it turned out, the producer’s funds had been used up. We stopped shooting officially on October 30th; as of mid-October, checks were withheld.

November 20th was the official last day of involvement for staff and crew, when editing wrapped. The producer promised to be in touch before Thanksgiving to let everyone know when they could come in to pick up the checks. On December 4th, every check that was distributed to staff bounced. Crew got nothing.

We heard a litany of excuses:

“The bank froze the account. They think it’s fraud.”

“The investors are backing out.”

“There was an issue with the payroll company that has yet to be resolved.”

A few people did get paid, including one producer who was threatening to sue and an editor or two who were needed to complete the product in order to sell it to networks.

In March, an email was sent out: “The support you have continued to show under difficult circumstances has been simply remarkable. It goes without saying that everyone wants and deserves to be paid for the remainder of what is due them but, beyond that, your continued expression of wanting to return to this very special show is incredible.”

If I had any interest in “returning to this very special show” it was quickly squashed by a reply to an email I wrote on March 29th by the head of the service that hired me.

“At this point, we've become de facto investors in this project,” I wrote, “and we should be treated as such. This means knowing much more of what's going on, to the intimate detail - not ‘more info coming soon.’”

“We can’t include every person on the crew in that process,” was the response. “It doesn’t work that way. If she gets sued at this point, investors will get scared off and she’ll file for bankruptcy and no one will get paid.”

There is no agency to who I can report my client, a business person who knowingly engaged over 100 people in work for which she could not pay.

The laws need to change.

Freelancers Union has spent the last year pushing for the Freelance Isn't Free Act, which would protect freelancers from deadbeat clients.

It's poised to pass in New York City this fall, but passage isn't guaranteed - we need freelancers like you to support it now.

Sign and circulate this petition in support of the Freelance Isn’t Free Act:

Client nonpayment affects freelancers from all industries and can strike at any stage of career (remember, I’ve been doing this for over 20 years!).