Does technology help or harm the creative process? 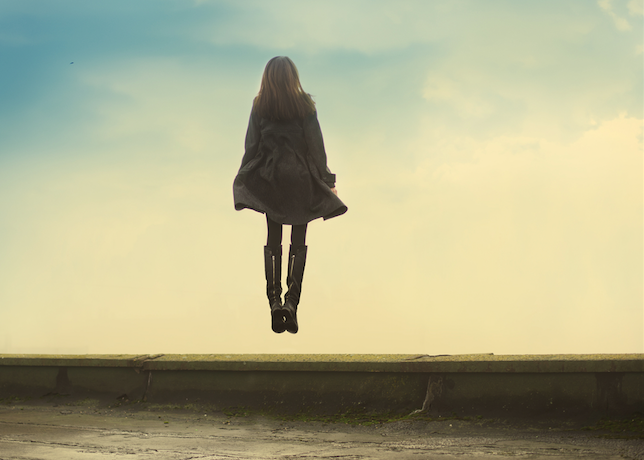 As an app-loading, tab-happy, pro-techno millennial, thoughtful technological consumption isn’t necessarily my MO. Like most city bound freelancers, I rely heavily on technology to get me around – whether it’s Yelping the perfect lunch place, reserving my ClassPass, or navigating the best subway route.

So, when I picked up The Glass Cage by Pulitzer Prize finalist Nicholas Carr on how computers are changing us, and the way we work, I thought, “For the better... duh!”

But Carr offers a counterpoint to my generation’s easy acceptance of shiny new devices, programs, and applications. He calls into question the dominant philosophy that automation will relieve workers of the mundane, and free us for more creative pursuits.

Instead, Carr points out that it is only by doing the work that we achieve mastery of a skill. In problem-solving through the early stages of learning a new skill, we develop tacit knowledge which yields flow – that magical state where we’re at our most focused and creative. Sometimes, Carr argues, we need to do the menial in order to achieve the magnificent.

But, as frictionless technology – or technology that prioritizes ease of use over all else – becomes more popular, it’s difficult to separate our tools from the work.

For example, spell check used to be a handy function that helped people learn to spell better. Now, the advent of autocorrect has erased the learning process. The seamless intervention may seem benign and even helpful, but over-usage subtly erodes a writer’s intimate relationship with language. Try to write a poem in Word and you’ll find informal playfulness smoothed over or tattooed in squiggly lines.

Nowhere is frictionless technology more invisibly apparent than in the Google search bar. This may come as a surprise, but as Google gets better at guessing our search queries, we’re all collectively getting worse. Presently, Google’s dominant philosophy drives towards a frictionless and invisible technological future. The company has already unironically announced its intention of knowing what we want to know before we even know that we want to know it.

On the surface, that sounds kind of amazing. Decisions are hard – and it would be awesome if my computer gathered all the data points it has on me and spit out the perfect solution to my every query.

But at what point do we lose the impetus to think? And if everything is based on prior information, how do we ever encounter those bursts of spontaneity that fan the creative and scientific flame? Typing in a search query that is just a little off or tangential to that which we want to ask may yield new ideas that a seamless Google algorithm will never deliver.

As soon as we integrate with a tool to the extent that we no longer sense it, we have to begin to question whether we’re still in control. Sharp tools are well and good, but not in the hands of dull minds. Friction might slow work, but it’s also what makes sparks fly.

In fact, Carr advocates using products with built-in friction. He points to video games as a prime example of a software program that challenges its users to build skills, advance and finally master a program. Games – not to be confused with gamification – promote a sense of flow.

The idea of “ease of use” as the holy grail for technology hopscotches over many of the nuts and bolts of the creative process. It doesn’t have to be that way. We can choose tools that, rather than glide over the hard parts of work, challenge us to become more skilled workers in the process.

As Tom Hanks says in the classic baseball movie, A League of Their Own, “It’s supposed to be hard. If it wasn’t hard, everyone would do it. The hard is what makes it great.”

Technology has a lot to offer us. No one wants to go back to a world without Apple TV. But as craftspeople, creatives, and relationship experts, it’s important that we choose our tools, and ration our reliance on those tools, wisely.

As any well-rounded freelancer can attest, when we gain a new skill we change our world. The tools we make have the potential to open a universe of opportunities, but our goal should not be to eliminate work. The means make us who we are, and, as Carr concludes, “An active soul is a light soul.”