Bag the bag: New York's most iconic eyesore gets its day in court 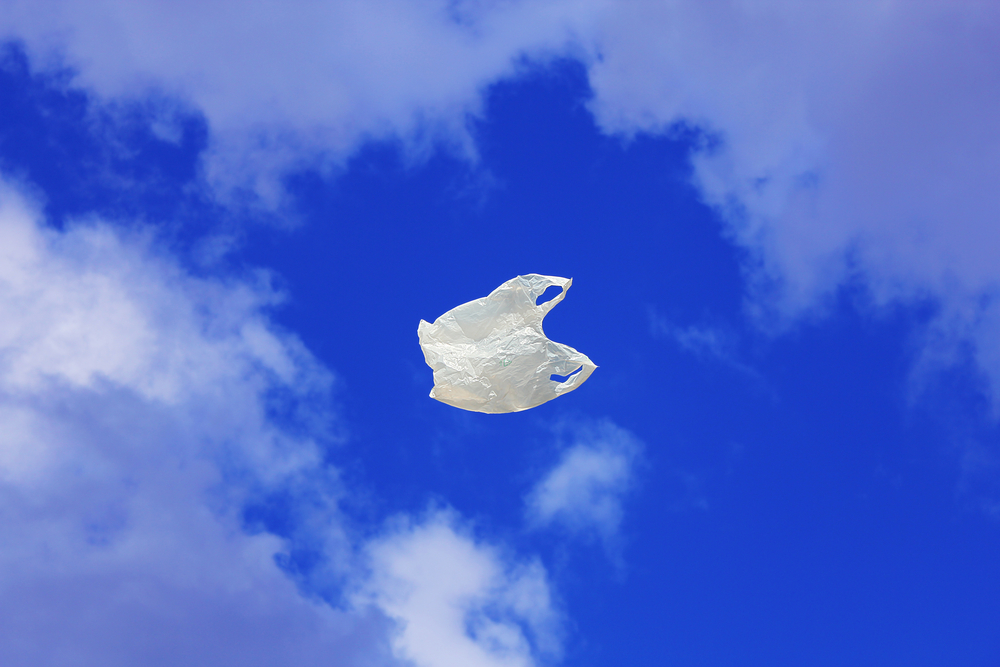 A black plastic bag wanders lonely as a cloud over the Harlem rooftops.

“Is there anything more New York than that?” my friend says from our perch atop his apartment building.

“So American Beauty,” another friend agrees. We watch it pass overhead with a mixture of distaste and ennui. The plastic bag is as ubiquitous to New York City as exhaling subway grates, rodent infestations, and people who do not step all the way in on the train.

But it doesn’t have to be this way. San Francisco, San Jose and L.A. have already reduced plastic bag consumption by either banning bags outright or charging consumers a small fee for the privilege of putting their purchases inside of one. Now, Councilman Brad Lander is advocating in support of Intro 209A, a bill which proposes a five cent fee on plastic bags in New York City.

Plastic bags not only devastate the environment, but they also get stuck in sewage plants, clog machinery at recycling facilities, and pile up in storm drains. And, despite the plastic industry’s claims that bags are recyclable, biodegradable, or compostable, most of them aren’t. Processing plastic bags requires sophisticated machinery – and most of the centers around New York City aren’t up to the task.

Opponents of the bag ban warn that it could cause significant struggle for low-income families. Should the five cent tax go through, families could spend up to $100 per year on plastic bags. But this argument is paternalistic at best; it assumes that families, particularly low income families, will be too forgetful to bring reusable bags – and end up using 2,000 plastic bags over the course of the year (that’s 37 plastic bags a week).

But the numbers aren’t wrong: the average New Yorker discards about 20 single-usage bags in a week, which adds up to 9.37 billion bags per year. Globally, the volume of plastic bag waste is almost too large to fathom and the argument for reducing the load is difficult to overlook.

But, because plastic bags are “free” (note: they’re not – you pay for them in the price of your purchases), we’re conditioned not to place any value on them and therefore fail to connect cognitively with the enormity of their impact on our world.

That disconnect has a psychological impact as well as an environmental one. Every time we use a plastic bag, we invite waste into our lives. Rather than basking in the awe of a crystal clear blue sky on a near-perfect spring day, we watch the transit of a lone plastic bag across the city skyline. In one long, aimless gesture, the plastic bag dismantles the view and disrupts the hopeful invincibility all New Yorkers experience come spring time.

The plastic bag is an icon of American waste, but it’s days are numbered. As the moral climate shifts, we can look forward to a similar future for plastic bags as those other things Americans thought they couldn’t quit: lead paint, cigarettes, and DDT... to name a few.

If this legislation, scheduled to go to a vote in May, passes in New York City, we will set a precedent for the rest of the world. Join me in supporting the tax on plastic bags – let your City Council Member know where you stand!