The Four Horsemen of Procrastination 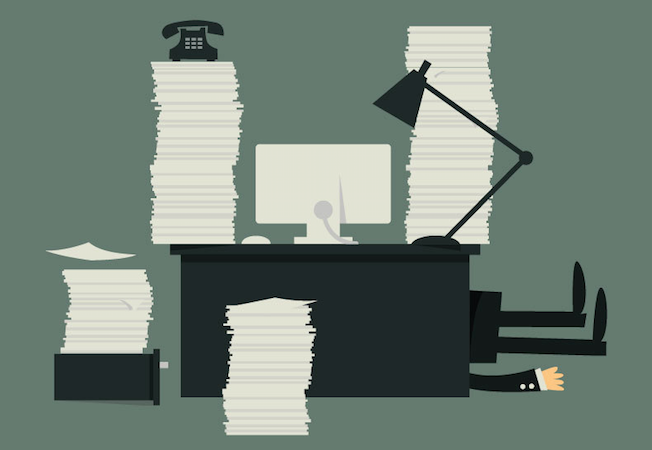 The Four Horsemen of the Apocalypse were the harbingers of some pretty rough stuff: war, pestilence, famine, and death. And yet, all of these pale in comparison with that force that seeks to destroy freelance careers: procrastination.

Procrastination is insidious and intoxicating, because it feels like your friend. But, even now, it sends its shadowed equestrians out to do its bidding…

Meet The Four Horsemen of Procrastination:

To blame Netflix for the obliteration of your time is slightly unfair: Hulu, Amazon Prime, and HBO GO also all have really great shows! However, Netflix has “Fuller House” to it’s credit, which makes it feel more End of Days-y than those others.

Honestly, though, is there anything more cruelly seductive to a person working from home than a service that offers endless entertainment?

Sure there is. That would be a service that offers to do so without requiring you to press “Play” more than once every SIX HOURS!

“No, rent, you shan’t be paid, for I have chosen to let myself be swallowed whole by the weekend-long Cerberus which is ‘Bob’s Burgers’ Seasons 1 through 3!”

Whether it’s yoga, your taxes, or making sure you have only unspoiled edibles in your home, the surest way to let procrastination make a sucker out of you is by convincing yourself that whatever you’re doing right now is more important and better for you than the assignment at hand.

Wake up! Since when have you ever cared if your bed was made or your windows were weather-stripped? Your clean laundry isn’t going to pay you for doing it!

Now put down that recipe for those vegan frittatas you’ve been just dying to try, stuff your face with a handful of whatever smells best in your fridge, and get back to work!

What is it about scrolling through a feed of friends and acquaintances, people we met at-a-thing-once, and – I have no idea how I know that guy! – that is so endlessly fascinating?

Yes, the babies are cute. Ditto the cats. Sure, our political views are waaaaaaaay more evolved than theirs and that makes us feel simultaneously superior and despondent.

And, of course, we can’t really claim to have truly liked that “Rogue One”/”Batman v Superman”/”Civil War” mash-up meme unless we too have shared it on multiple social media platfor- What’s that? I’m fired?

HORSEMAN #4: WORRYING ABOUT YOUR OWN PROCRASTINATION

It doesn’t get any more meta than this, folks! Yes, the biggest, baddest specter riding tall in the procrastination saddle is the fear of the thing itself. But don’t give in!

When you feel that old, familiar, ache while staring at your four walls or your cold coffee or a squirrel in the park wrestling comically with what he thinks is a nut…

When you hear that anxious, yet apathetic voice that says “I’m not going to be done in time… I should’ve started this already… With every passing minute, I’m deeper in the hole”…

When that darkness starts creeping in, it’s time to snap out of it, leave the pity party with an Irish goodbye, and begin the task at hand!

…I mean, you know, after a couple more “Bob’s Burgers”, that is.