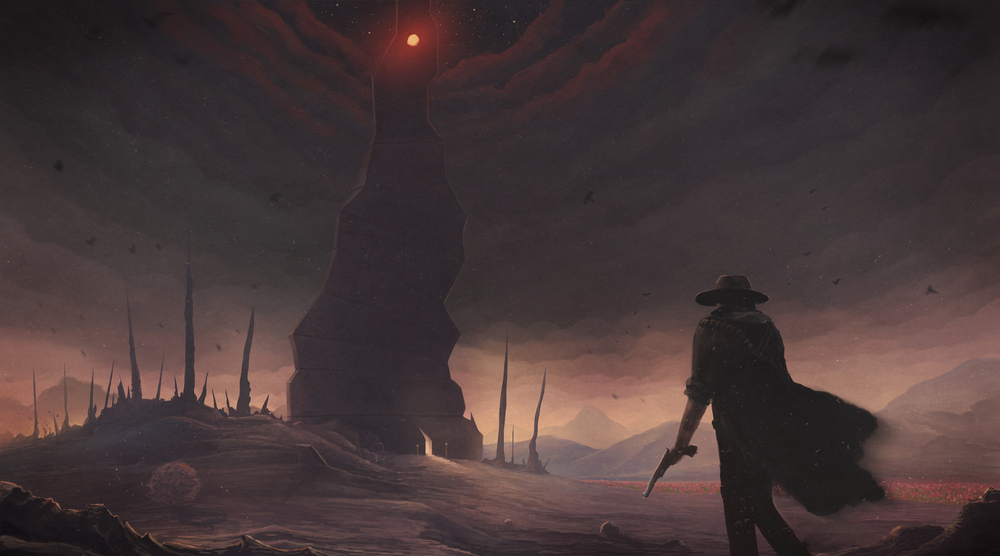 In Stephen King’s memoir, On Writing, he encourages would-be best-selling novelists to adopt a daily writing habit. King himself writes 2,000 words each day. He tells reporters that the only days he doesn’t write are “Christmas, Fourth of July and my birthday,” but even this is a fiction turned out for the sake of a sound bite. When Stephen King is writing, he writes every day.

“When I’m writing, it’s all the playground, and the worst three hours I ever spent there were pretty good.”

It sounds pretty idyllic to the aspiring writer: 3 hours of play each day… followed by a couple bestsellers, Hollywood movie deals, and a lifetime membership to the literary canon. Sweet!

And so, with clear eyes and a full heart, you push your client work aside to devote a full three hours to your passion project. You sit down at your desk, open your laptop and… you’ve got nothing. Nada. No new ideas. The page stares back at you and the more you look at it, the less it looks like a blank slate of opportunity and the more it begins to resemble a void of endless proportions.

Here are 5 pointers from the King of Horror himself on filling the page:

“There is no Idea Dump, no Story Central, no Island of the Buried Bestsellers; good story ideas seem to come quite literally from nowhere… Your job isn’t to find these new ideas, but to recognize them when they show up.”

Ideation has always been a nebulous subject for any creative. As consumers, we want to know the creation story behind a great idea, but more often than not, the genesis of a great idea was just a moment of recognition within a long practice of recognition. Ideas are cheap and they’re everywhere – it’s what you do with them that makes the difference.

2. Make space for the muse

“You need the room, you need the door and you need the determination to shut the door. Your job is to make sure the muse knows where you’re going to be every day from nine ‘til noon or seven ‘til three.”

We’ve all been there: a flash of inspiration followed by an overwhelming desire to get what you have to say on the page. Unfortunately, this event happens, oh, once in a blue moon. Unless, that is, if you make the space for it to happen. That void you’re staring at? Stay with it. Nature abhors a vacuum; eventually, you’ll fill it.

Join the community of creatives (it's free!)

3. Write with the door closed

If you sit down with the end-result in the mind’s eye – whether that’s a fat paycheck from a major publication or your high school English teacher telling you that your work is no good – you’ll hit a wall pretty fast. Worrying about the outcome of your writing while you’re writing, be it big dreams or haunting criticisms, impedes you from achieving the freedom of flow. Shut the door and let your mind wander. If a day’s work ends up in the trash bin, then make like Scarlet O’Hara and remind yourself, “Tomorrow is another day.”

4. Do it because you want to

“The larger the work looms in my day, the more it seems like an I hafta instead of just an I wanna.”

Umm, hey, remember why you wanted to do this in the first place? We know it’s not because you believe that writing is the easiest path to wealth and life-long notoriety (though it can yield these things). You have a story; you like the challenge of synthesizing thoughts and ideas into language; this is fun.

When you’re beginning a writing practice, don’t make the mistake of turning it into yet another chore on your long list of To Do’s. This is your sacred time for recreation – dive in and play!

5. Get a life (and rid yourself of self-sabotaging narratives)

“I’ve found that any day’s routine interruptions and distractions don’t much hurt a work in progress and may actually help it in some ways. It is, after all, the dab of grit that seeps into an oyster’s shell that makes the pearl.”

"If only I lived in a cabin in the woods, where the stimuli of civilization can’t get into my distractible human brain!"

As a New York City dweller, I think like this all the time. Between urban living, work, and a social life, maintaining a daily writing practice seems daunting. And what if I want to throw in pets, a partner or kids one day?

Like anything else in life, it’s all about balance and boundaries. You don’t have to be a miserable loner in order to write – and in fact, being a miserable loner might just rob you of the ability to create heartstopping prose. You do, however, have to be assertive enough to make a commitment.

“It starts with this: put your desk in the corner, and every time you sit down there to write, remind yourself why it isn’t in the middle of the room. Life isn’t a support-system for art. It’s the other way around.”