5 powerful reasons to start saying 'No' 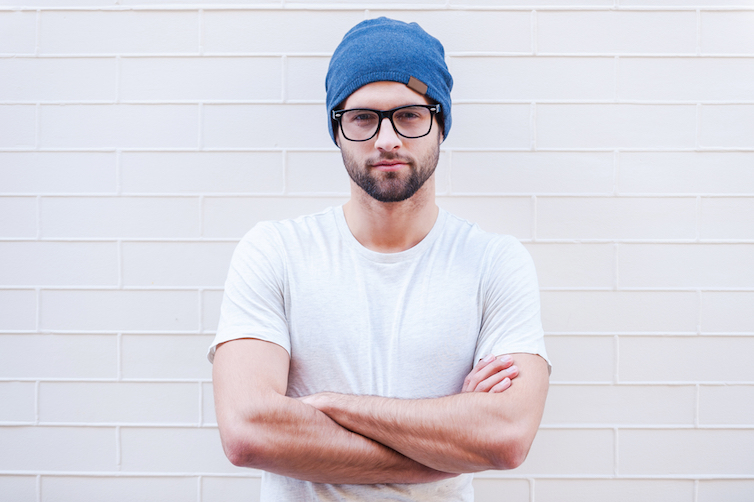 I’m grateful to all the guests who say ‘yes’ to appearing on my Being Freelance podcast where we share experiences on, well, being freelance.

But the more I speak to, the more I’ve picked up on all the times it’s actually good to say ‘no’.

There’s a time to say ‘Yes’ to these: if you really care about it or it will add real value to your skills/portfolio and you have time, then by all means. But do you need to do it? You’re a professional. Your time is valuable.

“Equity in a startup isn’t going to pay my bills. So I have a certain handful of passion projects that I work on. I have a certain number of startups at reduced rates and then after that I have to pass people on to others who can help them”.

This is totally personal to you, but have respect for your chosen work hours.

Col Skinner made a decision to be a lifestyle business and restricts his work hours to maximize his living hours.

So sometimes he has to say ‘no’ because “sadly I just don’t have the time - well, I don’t make the time. I’m a lifestyle business so I have a certain amount of time per week” and he just won’t go beyond that. Figure out when you’re happy to be working.

Don’t let people negotiate you down in price. You will end up resenting them and the work you’re doing. So, be firm. And if needs be, say ‘NO’.

I love this technique of copywriter Joel Klettke who tries to avoid saying ‘no’, simply by putting people off before it even gets to that point.

“If you go to my rates page on my site, you’ll see I have a project minimum. I say ‘the typical project costs around this. The only reason that I show that is to keep people from contacting me, not to get them to contact me.”

See? He says NO, before the question is even asked.

“I think that’s a mistake freelancers make: if you’re thinking of sharing your rates as a means of saying ‘hey, i’m cheaper’, you’re gonna get the kind of work that is cheap and work with the kind of clients that are cheap”.

4. To protect your health

After some time hosting an overnight talk radio show, he realised he had to say ‘no’ to the crazy hours.

“I was earning an insane amount of money, more money than I would ever thought I could earn from talking for a living. But I chose to tell my boss ‘look I’m going to chuck this in by the summer unless I get another job within this company because I love what I’m doing but it’s ruining my body, it’s ruining my relationship, it’s going to affect my mental health and everything else’. Some things are more important than the money that you’re earning.”

This is just as relevant if it’s you carving out your own hours. If you’re up all night, neglecting your social life, not eating properly and so on… just so you can take every job that comes your way then it’s a dangerous tactic. Say ‘NO’ before your body and mind forces you to.

5. To get the work you want

Freelance coach Ebonie Allard summed this up beautifully, “I know so many freelancers who don’t feel able to say ‘no’ to stuff because tomorrow or next week there might not be another offer.”

This next bit is important.

See? We all have the same amount of hours in our week. Make sure you have the time to say ‘yes’ to the projects you want to work on.

Freelance photographer Tom Miles did this. He chose to start saying ‘no’ to a lucrative client: a popular golf magazine that he’s shot for many, many times over the years. A high quality, well-paying, repeat client. Sounds like a dream! But he didn’t want to be the ‘golf’ guy. And because he wasn’t passionate about golf, he wasn’t passionate about the work. He wasn’t enjoying it. So he started to say ‘no’.

It gave him space to create for and to market himself to the kind of work he did want and say ‘yes’ to that.

Tom said, “as a freelancer when you’ve got a range of clients, if you’re moaning about one of them: don’t work for them anymore. It really is as simple as that. If that means you take a hit and lose a third of your income, find something else to make that third up with.”

Ebonie says, "as a freelancer you need to “get your priorities sorted out and figure out what it is you really want to be saying ‘yes’ to.”

After seeing the light, I started saying ‘no’ and I’ve never regretted it.

You’ve chosen this life for yourself, it’s up to you to make it everything it can be. Remember Ebonie’s words: “saying ‘no’ to something means saying ‘yes’ to something else”.

As Tom said to me “I think it’s a freelance obligation to do work that you care about.”

....Unless the question is, "Would you like to subscribe to the Being Freelance podcast?" In that case, please say yes :).

Steve Folland is a freelance video marketer and presenter of the podcast Being Freelance. He’s sharing more of the lessons he’s learned from other freelancers at the New Media Europe conference in June. Get in touch @SFolland and check out the podcast @beingfreelance.