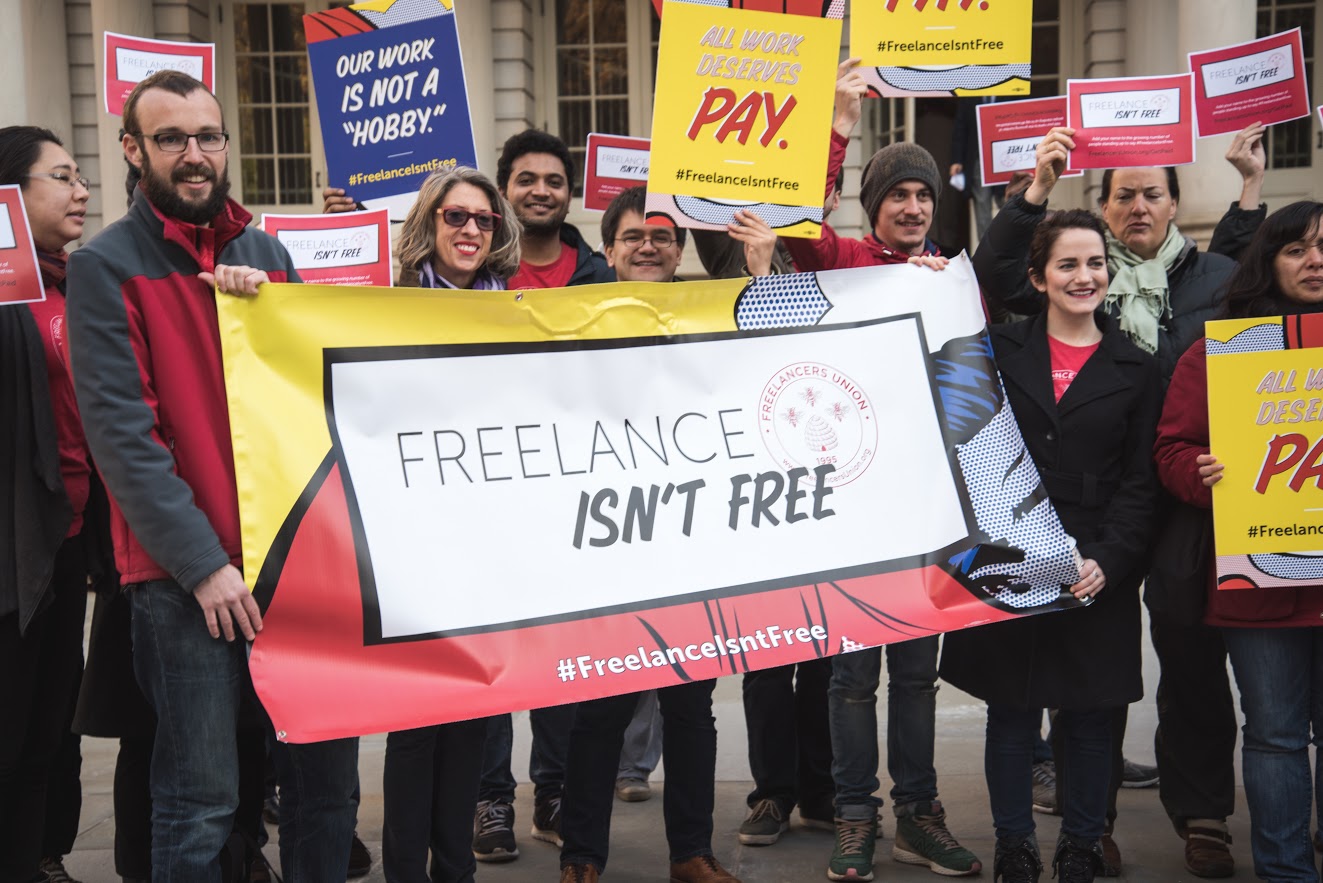 At Freelancers Union, we've heard stories ranging from a couple hundred dollars lost to many thousands. But it's not even the amount owed that makes this issue so grave - it's that in not paying freelancers, businesses are breaking a very simple contract that we abide by in this country: Work deserves pay.

Now, we need YOUR help to get it passed. Access our easy-to-use tool to send an email to your district Council Member asking them to support the #FreelanceIsntFree bill - all it takes is 3 simple steps!

Included in the bill is an anti-retaliation clause which stipulates that clients cannot threaten retaliation against anyone for bringing a suit. Clients who do not provide a contract, are late to pay, or fail to pay a freelancer for work can be sued under this new legislation.

Remedies for a deadbeat client under the #FreelanceIsntFree Bill:

More than ever, your voice matters. Tell your Council Member #FreelanceIsntFree and encourage your network, friends, and family to do the same. Let's make New York City great for freelancers!