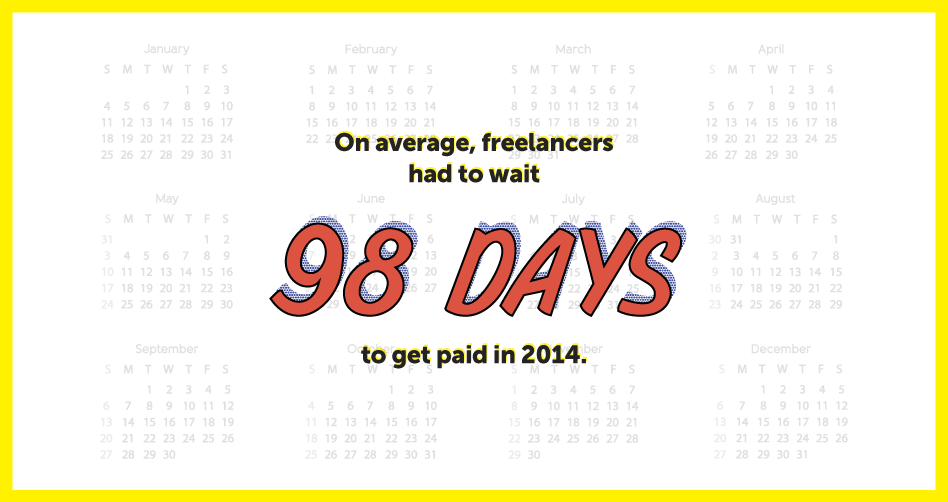 This is a post from our friends at OneSpace - a virtual workforce platform that brings companies in need of flexible, skilled talent together with freelancers that match their skillset.

Imagine putting in a couple of weeks of hard work and then flipping a coin to find out if you’re going to be paid for it this pay period.

For salaried employees whose paychecks are processed by finance teams mired in regulations, such a scenario is unimaginable, but one in every two freelancers had a 50/50 chance of being paid on time – or at all – in 2014. This statistic is not only abysmal from an ethics standpoint, it indicates a significant lack of business sense as well.

Issuing timely payments isn’t just considerate, it builds respect. When companies earn the respect of the freelancers who work for them, they benefit in the following four ways.

Freelancers tend to stick with clients that issue timely, accurate payments. Low turnover results in a better understanding of the project and increased trust, reducing the amount of time and effort the client needs to spend on the project.

Freelancers who are paid on time are typically willing to put in extra effort when faced with short deadlines and revision requests. A conversation with OneSpace freelancer Richard Stockton reflects that sentiment: “Say, for instance, the client needs a second revision – for a quick-paying client, I'll do it gratis. For a foot-dragger, however, a request like that might be the final straw [in the contract].”

An unnerving element on the business side of the relationship is not being able to see the progress of the project. Blown deadlines can be disastrous, and the best way to prevent that from happening is by showing freelancers that their timelines are just as important as yours. Hitting the mark with payments is an excellent way to show freelancers that you take deadlines seriously – and so should they.

“The professional freelancers I know are also involved in online networks, and they talk A LOT,” says 12-year freelance veteran, Jamie Wilson. Talk of a “deadbeat client” scares prospects away, but word of a good, reliable client draws in quality talent. Instead of starting the freelancer search for a new or expanding project from scratch, businesses with a good reputation can often turn to their existing talent for referrals, saving countless hours of sourcing and vetting.

It’s unfortunate that the reasons need to be called out in the first place, but the writing on the wall is clear: Paying freelancers on time for their contributions provides major benefits for business operations. Also, it’s the right thing to do.

A die-hard St. Louis Blues fan, Sam has been working with and helping freelancers at OneSpace since 2012. Follow Sam and the OneSpace team @OneSpaceTeam.