Why do only 28% of freelancers use a contract? 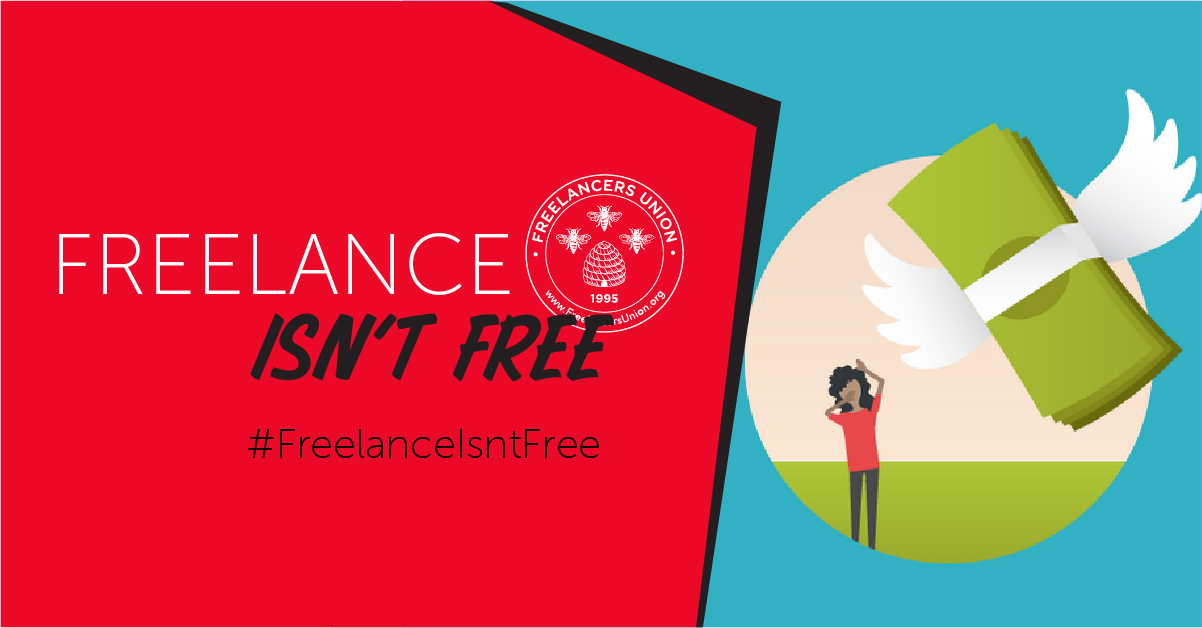 “Should have used a contract.”

This is the most common refrain we’ve heard as we’ve explored the nonpayment issue with our members over the past 6 months. Whether it’s coming from the mouth of the unpaid freelancer herself, or via responses on social media, everyone seems to agree that having a contract is step numero uno for protection against nonpayment.

Stand in the fight against nonpayment: Join the #FreelanceIsntFree Campaign today!

...So why, when we surveyed about 5,000 freelancers, did we find that only 28% of freelancers use a contract for any given gig?

While some industries lend themselves to a formalized contract (hello, freelance lawyers!) others are far less structured, like creative industries.

The nature of freelancing itself is flexible. We’re an agile workforce able to leap from project to project without incurring a lot of overhead and paperwork for our clients. Hiring a freelancer is far less arduous than bringing on a full-time employee.

In this kind of culture, it can be easy to feel compelled to just go with the flow and eschew a contract – especially for freelancers just starting out and freelancers in industries where contracts aren’t traditionally part of the dialogue.

We’ve had some members argue that the #FreelanceIsntFree Campaign robs freelancers of personal responsibility; having a contract is good business. Some have even gone as far to say that freelancers who work without a contract are naive or have “low self-esteem.”

While freelancers who take care to attach a contract to every gig should be commended, it’s not a stretch to imagine this just isn’t possible in every industry and every situation. In many cases, employers flat out refuse to provide a contract.

If having a contract is antithetical to the dominant culture of the industry, then it’s unlikely an independent contractor seeking work will feel empowered enough to demand one.

Many beginner freelancers, eager for work, will jump into an agreement without a contract. Sure, it’s a hazard of naiveté, but one that has very real financial consequences that can drive talented creatives out of the independent workforce.

Finally, if the responsibility for a contract falls only on the freelancer, then we imply that it’s the freelancer’s own fault if he doesn’t receive payment for his work.

It’s that kind of reasoning that really gets to me because it blames the victim. And it’s not cool that we’re all OK with that.

The fault lies with the deadbeat client. Having a contract protects both the freelancer and the business from risk in the case of the dispute. And the responsibility to provide a contract should be on the business, not an independent contractor. It makes sense. It’s good business.

Now is the time to change the status quo. Contracts are a win for clients as well as freelancers, but because a whopping percentage of gig agreements fail to include one, we need to look for a cross-industry solution to this problem.

In New York City, the #FreelanceIsntFree bill will mandate that anyone hiring an independent contractor must formalize the agreement with a contract that outlines the scope of work, method of payment, and payment date.

If a gig goes down without a contract and the freelancer does not receive payment, the law will come down on the client for failing to have a contract in the first place – rather than essentially saying “No contract? No dice” to the freelancer.

It’s a big step towards shifting the power structure among clients and independent workers for a much more balanced and productive equilibrium.

Let’s raise that 28% to 100%: Join the #FreelanceIsntFree movement and put an end to nonpayment.