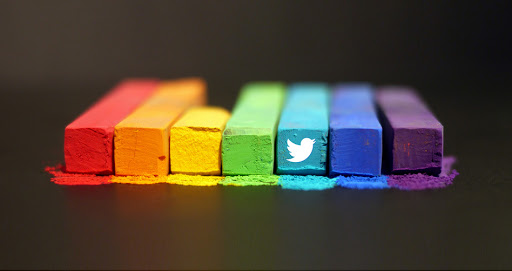 I use a social sharing app that sends me a message every time I write a tweet that exceeds 140 characters, “Oops, your tweet is too long. You’ll have to be more clever.”

What French writer Blaise Pascal wrote in 1657 is even more relevant in the age of tiny screens, text, mobile apps, and, yes, tweets: “I have only made this letter longer because I have not had the time to make it shorter.”

No matter what tips the Twitterati espouse, the only unbreakable rule about writing a tweet is that it can’t exceed the limit. (Unless you cheat and use the Twitlonger app. NOT clever.)

Within Twitter’s tiny framework, writing a clever tweet takes creativity and a talent for brevity. Like any other kind of written communication, tweets in draft form should never be final. At the very least, you should check for autocorrect (correction, autodistort) errors before sending.

Crafting a clever tweet involves time and editing. As Samuel Clemens, aka Mark Twain, said, “Writing is easy. All you have to do is cross out the wrong words.”

Words like totally, really, super, awesome, stunning, picture-perfect, etc., add length without amplifying the meaning or conveying an original voice. You should sound like yourself when you write a personal tweet or comment on someone else’s.

I often create word equations as a form of Twitter shorthand. (Sleep + Hammock = Maine Porch Nirvana) This one would work well with a photo, location and a few key hashtags.

A sense of humor and curiosity help humanize technology and engage followers. Above all, you should rise above the bots by staying human.

For example, if you like a book or article, let the writer know by replying to a related tweet. As a traveler, I’m annoyed when people share photos without attribution or location. I never retweet these unless I can get the details and add them.

Finally, even the most well-meaning people sometimes share tone-deaf tweets that seem to (but don’t necessarily) reflect a lack of awareness about current events.

For example, one person I follow spent all of September 11 tweeting about how happy she is to be “alive in 2015.” I could understand one tweet like this, but ten joyful tweets in the space of 15 minutes made her sound out of tune.

Similarly, travelers will often share tweets about places they visited in the past without acknowledging present-day issues they might face, for example, the chaos of refugees arriving at the Vienna train station, or flooding in the American south.

To practice writing and editing tweets, follow and interact with some accounts that invite engagement. Six Word Stories (@SixWords), for instance, has a weekly contest for six word stories on a specific theme shared via Twitter.

You can take a more business-oriented approach by participating in Twitter chats in your field, like the #TravelSkills questions I try to respond to every Friday morning.

Start thinking of Twitter as a place to listen, learn and interact instead of a megaphone for your message.

Instead of sharing only your own content, why not seek tweets about topics that interest you, then adding a personal comment to each link you share?

Why not ask readers whose taste you like to recommend books, or people who live in a place you’d like to visit to suggest local attractions? Why not tweet to a museum with questions about their collections, or international festivals to ask if they need volunteers?

Here are a few examples of the good, the bland and the empty on Twitter:

Ellen Girardeau Kempler is a writer who travels. As chief navigator and founder of Gold Boat Journeys, she specializes in active cultural adventures for writers and other creative travelers. Based in Laguna Beach, California, she also rents her home to writers for retreats or solitary work.