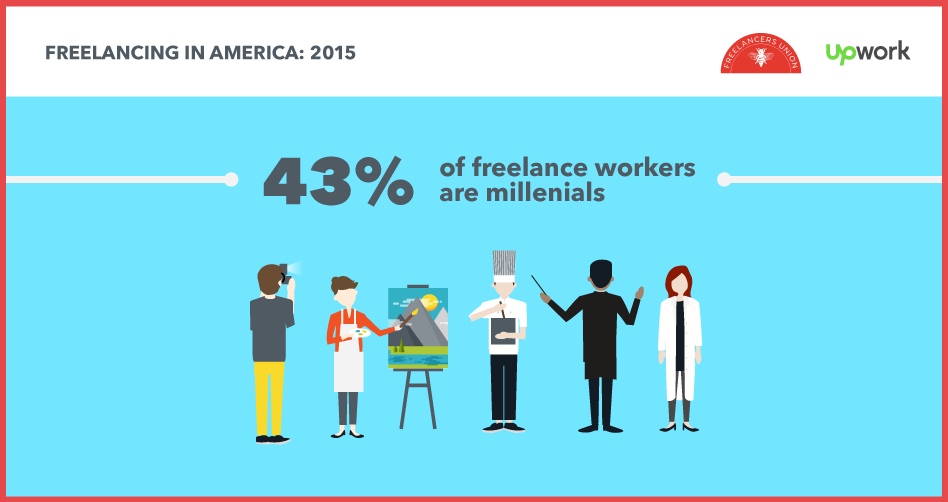 For starters, the economic collapse of 2008 disillusioned a large number of millennials. Suddenly, those crisp college degrees signified not bright futures, but mountains of debt.

Rather than a host of possible careers from which to choose, most of us were stuck at the bottom, trying to make ends meet with unpaid internships.

It was a harsh reality for a generation that was told that we could be anything we wanted to be.

But, rather than becoming bitter, entitled, and unemployable, we set to work looking for an alternative.

Armed with the internet and inspiration from the entrepreneurial successes of Silicon Valley superstars like Mark Zuckerberg, we bucked tradition.

Soon the start-up culture was born; the fashion vlogger became a thing; the professional blogger became ubiquitous; and the roving software developer a lifestyle to aspire to.

Ultimately, this is a youth culture that values experience above all things – and the 9-5-in-a-cubicle experience doesn’t play well on instagram.

Older generations may gripe that we aren’t going out and getting a “real job,” but rather than falling in line, we Millennials have redefined what a “real job” is – and many of us are happier for it.

Which might be why when we asked independent workers if they would recommend freelancing to friends or family, 4 out of 5 said they would.

That’s a 4 star review from a generation that lives to give its opinion on everything from beauty products to restaurant picks to places to stay. Given that peer review, would you take the leap?