When did you decide to start freelancing? 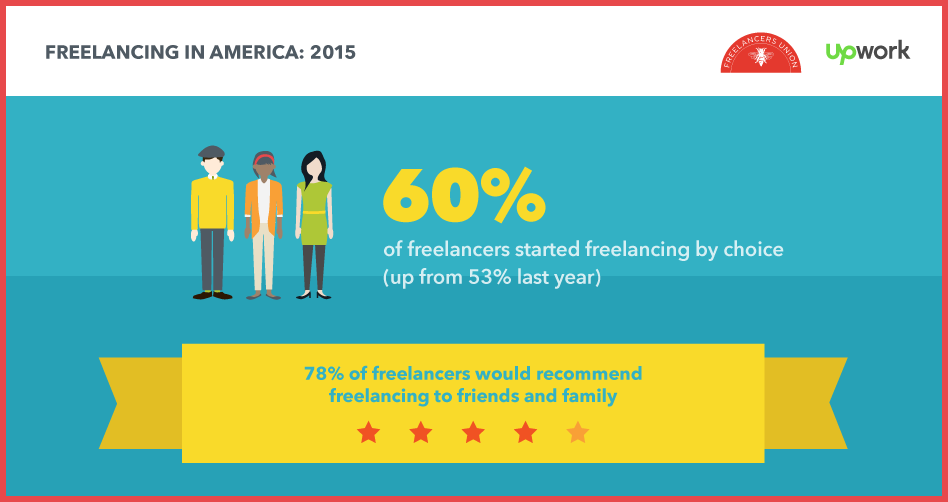 It wasn’t so long ago that “going freelance” was code for “totally just got laid off and have to pay the bills somehow.”

Now, however, the scales have tipped: according to the Freelancing in America 2015 report, 60% of independent workers freelance because we choose to do it -- up seven percentage points from last year. More people opting to freelance.

While a large percentage of freelancers still find themselves thrust into the independent workforce due to circumstance, more and more people are leaving traditional employment to embrace the freelance lifestyle.

The reasons behind the choice to go freelance are as variable and unique as the freelancers who make the leap.

Some of us seek more flexible schedules that will afford time for childcare or pursuing other passions. Others find that the 9-to-5 office life just isn’t a good fit. Still more realize that “job security” is a promise of the past – and the best way to have it is to create it ourselves.

Whatever the reason, each of us has a common experience: the freelance “aha moment.”

You know the one – it was a point sometime after freelancing first occurred to you when, after weighing your options, you just knew you had to take the leap.

For me, all it took was a message from my best friend: “moving to nyc, u in?”

So tell us, what was your aha moment? Share it on social media with the hashtag #FreelanceNation.