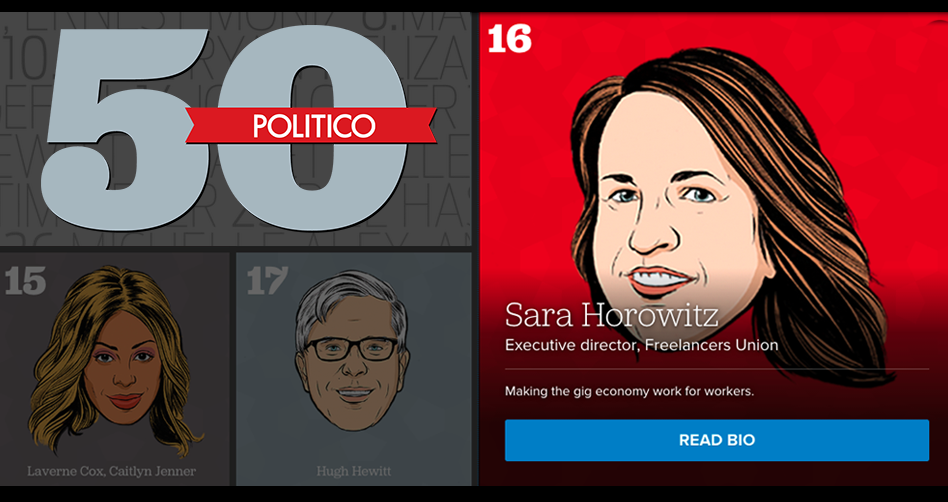 This year, Politico named Sara Horowitz, Freelancers Union founder and Executive Director, among a host of luminaries for her work advocating for the freelance community.

As Politico notes, the “gig” or freelance economy has become a hot topic among political candidates and in the media. Sara has been thinking about ways to make this economy work since the mid-90s, when she founded Freelancers Union, and the topic is now becoming a bigger part of the national conversation.

Read more about the story behind Freelancers Union as well as Sara’s thoughts on presidential candidate, Donald Trump, in her profile for the Politico 50: