Are you ready to step off the assembly line? 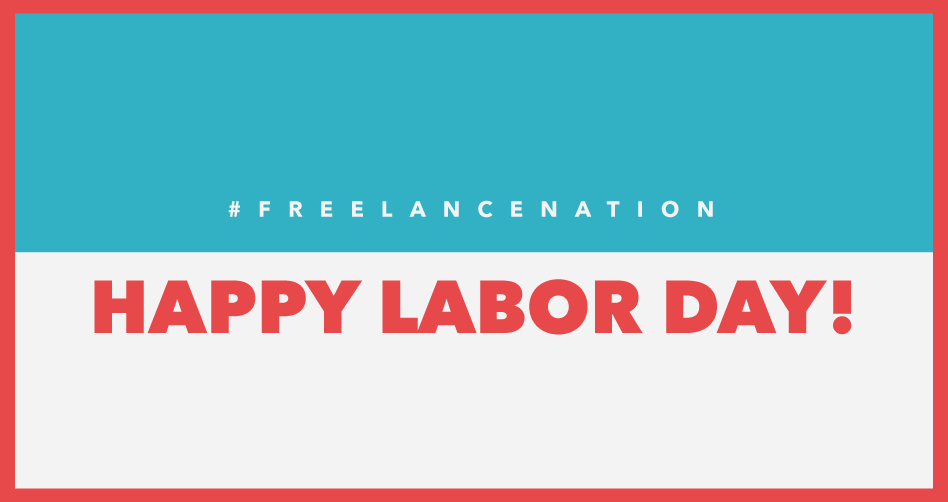 “One man draws out the wire, another straights it, a third cuts it, a fourth points it, a fifth grinds it at the top for receiving the head.” - Adam Smith

133 years ago, when New York City celebrated its first Labor Day, industrial manufacturing was in full swing and workers labored under the guidelines of a relatively new philosophy of work put forth by the great enlightenment thinker, Adam Smith.

In his groundbreaking and profoundly influential book, “The Wealth of Nations,” Adam Smith states, “It is in the interest of every man to live as much at ease as he can.”

Meaning, if it weren’t for the money, none of us would bother working. (Which is exactly why we’re all freelancing right... for the money?)

Out of this idea, grew a work model intended to draw productivity out of wage-driven workers predisposed to idleness.

Thus was born the assembly line, the long workweek, rigid management structures, and jobs with such narrow purpose that eking even a trickle of enjoyment out of them is like squeezing water from a stone.

While the industrial labor movement did much to alleviate the more draconian manifestations of Smith’s philosophy of work and increase worker productivity, much still stands between the average worker and job satisfaction.

Of course, as a freelancer, I caught Adam Smith’s colossal mistake right off the bat: Is it really in the interest of every man (and woman) to live as much at ease as (s)he can?

Don’t get me wrong, I fully intend to spend my Labor Day floating down the currents of the Lazy River, but that’s hardly how I’d like to spend my every day.

More and more evidence reveals that perhaps Adam Smith put the chicken before the egg. Rather than being unhappy workers at heart, traditional workers are unhappy because they’re presumed to be and therefore given very limited agency.

The paycheck attached to the work is the worker’s sole motivation.

And yet, again and again, we find that money isn’t the only reason we get up in the morning and head to work. There are countless stories about men and women who leave more lucrative jobs for more meaningful careers.

Even low-income workers cite duties of their jobs for which they are not compensated as top motivations.

In one study, hospital janitors included comforting patients, guiding patients’ families around the hospital, and assisting professional staff members with patient care as part of their work - yet their official job descriptions never mentioned interacting with other human beings at all.

Therefore, it’s not particularly surprising that as technology has made it easier to break with traditional employment and pursue more flexible and empowering opportunities, the population of freelance workers has increased dramatically.

Adam Smith’s statement just isn’t true - people want to work and participate meaningfully in society, we just want to work on our own terms.

And wouldn’t you know it? All of these “perks” are available to the freelance worker, which might be why we, as a workforce, report an 86% job satisfaction rate.

Yet, just like our ancestors before us who fought for better working conditions, higher wages, and fewer hours, we’ve got a lot of work to do to bring the rest of the world around to thinking like #FreelanceNation.

Between finding new gigs, we’ve also got to fight for benefits, timely payment, and fair taxation -- all because we don’t fit into Adam Smith’s assembly line.

But you know what? In the words of Jimmy Duggan (played by Tom Hanks) in the classic baseball movie A League of Their Own:

“Of course it’s hard. It’s supposed to be hard. If it were easy, everybody would do it. Hard is what makes it great.”

That is the sentiment that keeps me going when the gigs dry up and when it feels like the entire world is bent on keeping me from doing the work that I find meaningful, ennobling, and exciting.

And that’s why I don’t just want to do my work; I also want to be a part of the movement that changes the way we all work.

I want to be part of the group that designs a new, flexible system that enables everyone to pursue their professional aspirations.

I want to be part of the community that steps off the assembly line and achieves meaningful independence.

I want to be part of the movement that opens the door to the kind of innovation and cross-industry thinking that can change the world.

I want to be part of the generation that dispenses with old notions of success and teaches its children how to achieve true wealth.

And yeah, I want to be part of the workforce that gives us 3-day weekends any weekend, whenever we want, without worrying about punching the time-clock.