Take a Stand to Support Laid Off WeWork Cleaners 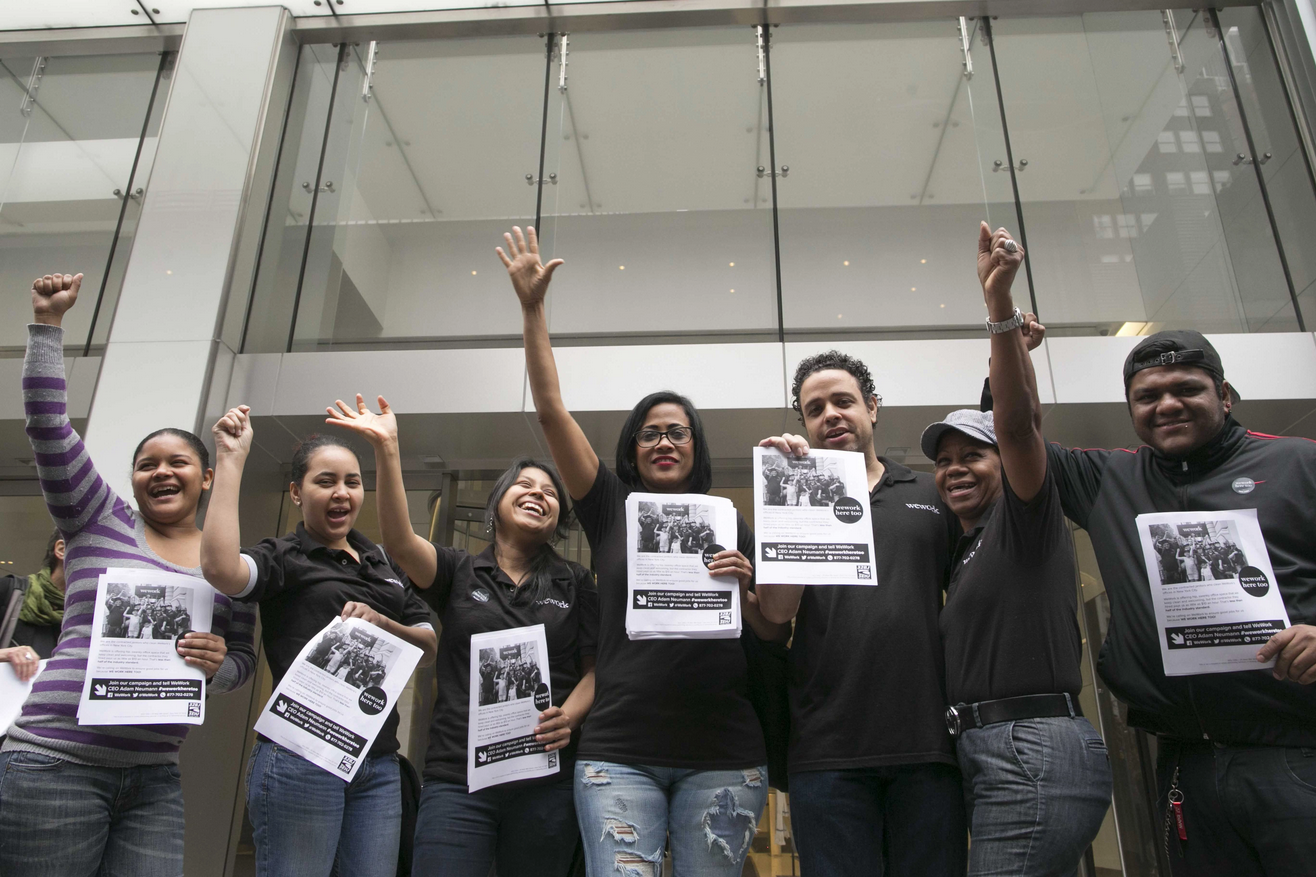 On August 23, 90 percent of the cleaning staff at NYC WeWork, the coworking startup, were laid off.

But this wasn’t typical corporate housecleaning. Allegations are that WeWork terminated these employees for expressing interest in joining a union.

According to a report by Gothamist, 150 custodians (who were all paid $10 per hour) “learned in July that their employer had terminated its contract with WeWork” a month after they had begun organizing for higher pay and benefits. In this time, WeWork had announced that it would be hiring its own cleaning staff as part of a new team, with positions starting at $15-$18 per hour and including benefits. Naturally, custodians began applying for these new jobs. Gothamist spoke with a number of the terminated employees and learned that when custodians were interviewed, management asked about their stance on unions, and told them that the new positions would be non-union jobs.

A number of the terminated employees are still waiting to hear if they’ve been accepted onto the new team, and whether they applied or not, the majority of these custodians are now unemployed.

This is an unfortunate situation, particularly because the concept of coworking is based upon the idea that the community is the company’s primary asset. Coworking spaces are meant foster community and harness the collective talents of the individuals therein.

And the fact is that coworking spaces are only going to grow in prominence. As more of the workforce goes freelance, these spaces will serve as more than just places to get work done, but also spaces that promote positive values -- cooperation, collaboration, and mutual support.

If we want the future to be safe for all workers -- independent or not -- we need to make sure that workers can stand up for themselves.

Do you agree? If so, head over to WeWorkHereToo.org, and sign their petition to help support the WeWork cleaners!