How to defuse a tense email conversation 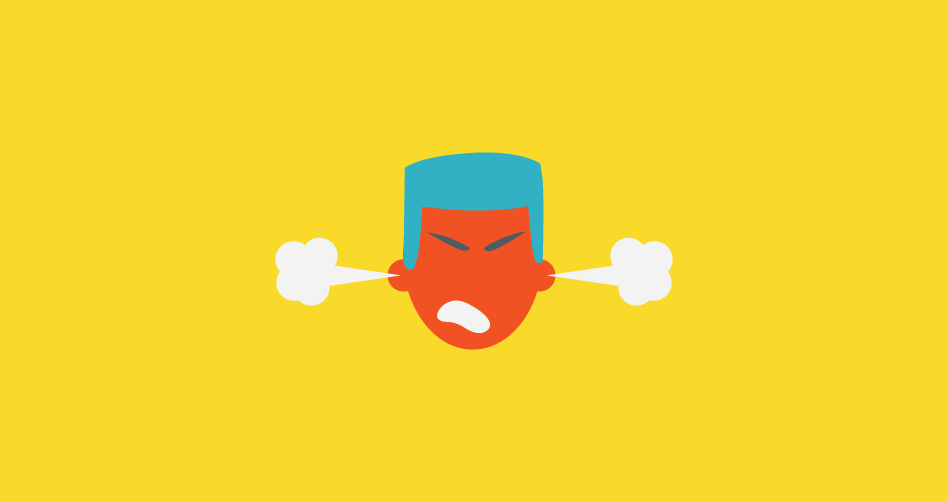 We’ve all received one; that hot, poisonous little message, dripping venom all over your inbox.

….And most of us are guilty of occasionally sending our own angry emails hissing back.

Now, I’m not one to say you should never send an angry email, ever. You’re not a robot!

Some situations call for harsh words; shoot, send all the irritated texts you want in your personal life (I mean, if you want to).

But in most professional freelancing situations, the angry email is the unwise course – NOT the unreasonable course, it’s often perfectly understandable to feel the way you feel – but the unwise.

Unfortunately, they can come back to bite you… and then the only person suffering from the venom is you.

So what do you do when irritated beyond belief, and staring at a blank email template? How do you write a cool-headed email… even when provoked?

In today’s hyper-connected world, it’s easy to feel like you NEED to respond immediately to any trigger. THAT IS A FALLACY.

Feeling that pressure – to snap back immediately – is a good way to send out a hasty, nasty email that you’ll regret later.

The more irritated you are, the better it is to step away for a day or so. They’ll wait for your reply.

If time is an immovable issue – if you, indeed, need to respond fast – you STILL have time to cool down for a bit.

Take ten minutes; nobody can reasonably expect a reply faster than that. Walk away from your computer; relegate your smartphone to your pocket. Try to take deep breaths and gain some perspective.

Once you do sit down to respond, take your time to craft a response. Don’t give in to the tick-tock of pressure; give yourself permission to think and choose your words precisely.

Write it for the Judge

In volatile situations, write an email as if it may, someday, be read out in a court of law – because it may someday be.

Once, long ago, I was at a gig wherein the boss’ brother was my co-worker, and things got tense as he shirked various responsibilities.

He wrote me an email wherein he cursed me out. Guess which one of us had a better case for a hostile work environment?

I didn’t end up needing it, but that email helped H.R. to get the guy away from me – and the fact that he had family connections was moot.

Don’t be that dude. Be the person who can stand behind everything you wrote.

To avoid being That Guy, draft your entire email in “drafts” - without ever putting in your contact’s email address.

Do NOT draft your response in a reply email first; nothing is worse than accidentally firing off an angry missive because you hit the wrong button.

If possible, have someone else take a look before sending. Be careful of what you put in writing, especially when you’re angry.

And this should be obvious, but avoid swearing - I may curse like a sailor in life, but my business emails are clean enough to eat cucumber sandwiches off of.

Keep it tight, keep it polite

If you know you have a propensity for writing snippy notes, save yourself some grief by opting for concise, absolutely polite emails in times of angst.

That may seem less satisfying than writing diatribes, but:

a) you may write the longest rant you wish, privately

b) if you don’t think polite, short replies can be just as cutting as unhinged polemics, you have never read Oscar Wilde

If you’re irritated or upset, keep your emails EXTRA relevant, cool-headed, and polite.

This works surprisingly well for taking the hot air out of bullies, and can defuse even the most frustrating situations.

You’re demonstrating that YOU have control, that you can craft your responses wisely – and nobody need see you beating your pillow and screaming at the sky in private.

Guess which ones I regretted more?

Save yourself from a poisonous reaction; keep it polite, short, and considered… and watch how it can provide a much-needed antidote to any nasty sting you’ve received.