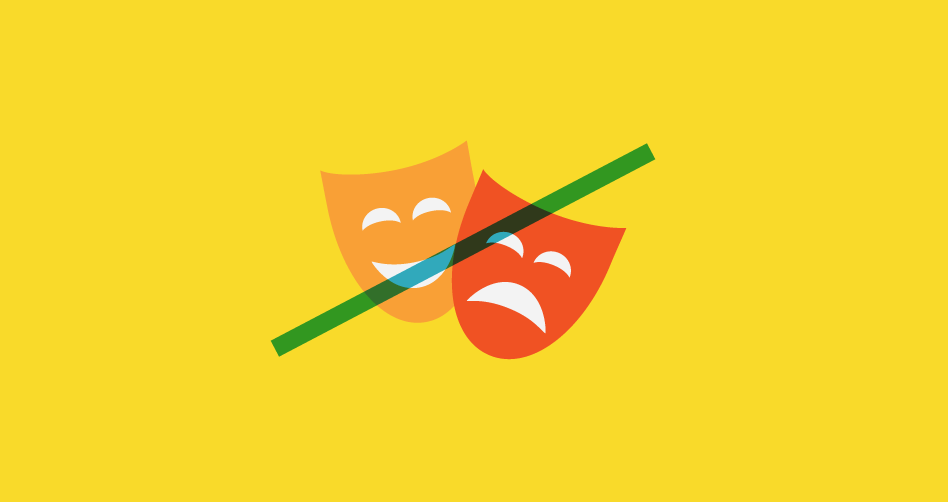 So you got an awesome gig. Great schedule. Great pay.

Not that this is anything new to you. You've been involved in workplace dramas and maybe even orchestrated a few in the past when you were still corporate (you know who you are).

However, if drama is the reason you left the 9-to-5-and-then-some grind, then you don't need this extra excitement in your life.

Here are some basic tricks to survive your unwanted comeback to workplace theatrics:

1. Put your spotlight… on yourself

So some disgruntled employees let you in on the office secret that the company sucks and they are in dire need of a saviour.

Okay, remember… You were contracted for one reason: To be awesome and to stay awesome. Be so awesome that working with you makes 9-to-5ers forget they hate their job.

As they say in Gone Girl, "Everything else is background noise."

2. Be a moving picture

So the team you're tasked to work with turns out to be a collective of jerks.

Don't drop your other gigs! When you move a lot, drama won't stick to you.

Don't make one agency your one and only world. Be so busy that you won't have the time to wallow in other people's petty problems.

So this and that told you that the guy who signs your checks steals from the company. Be an ear. Never a mouth.

Listen to what the in-house drama crew has to say so you know what to look out for (just in case). But be very objective. Do not give your opinion. Do not outperform your boundaries.

So the boss tells you that you can shoot down everyone's work except his son-in-law's. Ooohkaay… sure.

Play the politics as much as you can without endangering your output or the team’s work. Devise a middle ground that makes both parties happy.

This is tricky stuff so you have to know if you're up to it.

So you’re getting attacked head-on by some insider. Maybe you’ve endangered some guy’s glorious position with your swashbuckling presence and performance.

IG-NORE. You get to piss him off more by playing it cool. Let him muck up on his own.

So the attack has gone too far? Mr. Insecure is going the desperate, underhanded route of ruining you?

Bite back the smart way. Don't get all emotional that it will put you in a bad light. Document everything, put everything in black and white.

It's better to outbitch with brains than brawn.

So you can't stand the drama anymore? Bail out! Jump ship! Move on and burn that drama bridge!

Remember that you're first and foremost a freelancer. A Creative Nomad.

You'll survive wherever fate takes you. And opportunities never run out because you make them happen.

But… leave with grace. Make sure you've been so awesome that you will be missed.

And that's how you kill the drama llama.

Of course, the drama is never the same wherever you go. But remember these key strategies and you'll be a star. The trick is to handle it with poise, smarts, and indifference.

You're free. So why box yourself in a tiny puppet stage?