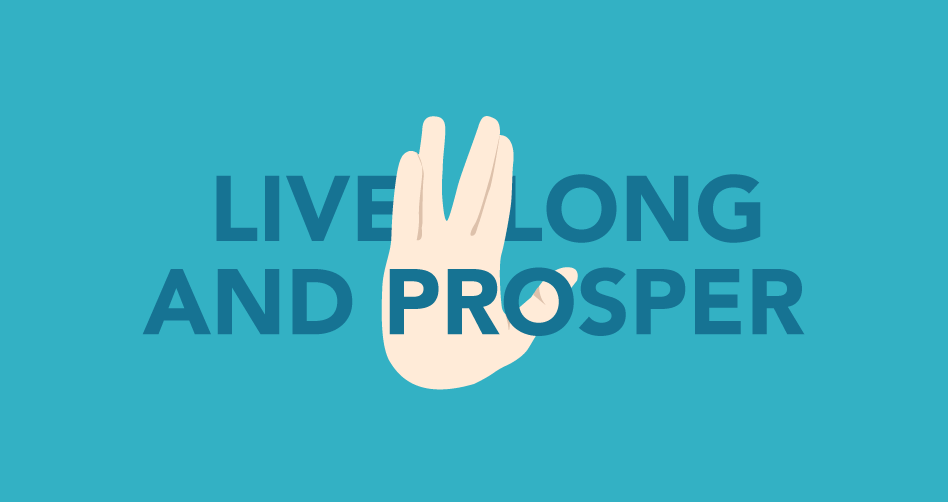 Freelancers work with a wide range of people – from individual entrepreneurs to contacts at big corporations. And when you work with so many people, even the cheeriest freelancer will inevitably run into personal friction at a gig.

Sometimes a client just rubs you the wrong way: Maybe they're overly curt and demanding or condescending and entitled. Maybe they put down your work in front of others, or treat “inferiors” badly while kissing up to superiors.

No matter the nature of the conflict – there’s a simple, one-step method that’s really helps with personality clashes at freelance gigs.

Think about it: Spock would have made a heckuva freelancer.

He’s endlessly capable and unflappable; Kirk can always lean on him in a crisis. Whatever the circumstance, Spock takes the high road in a workplace conflict – and it often makes him come out on top.

If someone is being a jerk to you, try to emulate our Vulcan friend. Be polite, stay cool, and err towards logic, logic, logic. Taking the Spock route allows you to stay in control.

It also drives jerks bananas. They can’t get under your skin or even make your core temperature rise. The crazier they get, the more you freeze ‘em out with your cool judgment and level-headed civility!

Get in the Spock mindset

Think of yourself as an observer, chronicling and dissecting the misbehaviors of an alien being. ...Just try not to whisper “Fascinating, Captain" to yourself during meetings.

Do some light scientific observation: Is their behavior worse in front of others, or when you’re alone with them?

Test some hypotheses: If it’s one-on-one, can you try to avoid meeting with them when alone, or CC colleagues on e-mails?

Many bullies and pains-in-the-butts thrive on isolation, and can be shamed into slightly better behavior by the presence of an audience.

If they’re actually WORSE when around others, start looking for motivators: are they trying to impress an authority figure, or acting badly in order to combat their own insecurity?

Understanding WHY your contact might be so annoying is helpful, and gives you some Vulcan-like perspective on the situation.

Technology has given us a wonderful tool that also conveniently builds a written record: the humble email.

Use email as a shield to defuse nasty situations and kill them with kindness. It’s soooo much easier to have a frighteningly logical, relentlessly polite response to rudeness when you can take your time crafting a reply.

If he could have, Spock would have constantly Replied:All from his transponder.

At best, the Spock approach allows you to rob aggressors of their power, teaching them that their behavior doesn’t get the “reward” of an overreaction. At worst, you’ll get to feel like the bigger person/pointy-eared alien.

Don’t let a temporary personal conflict with a work contact drive you too crazy. Give them the Spock Treatment… and live long and prosper.