Who's your freelance buddy? 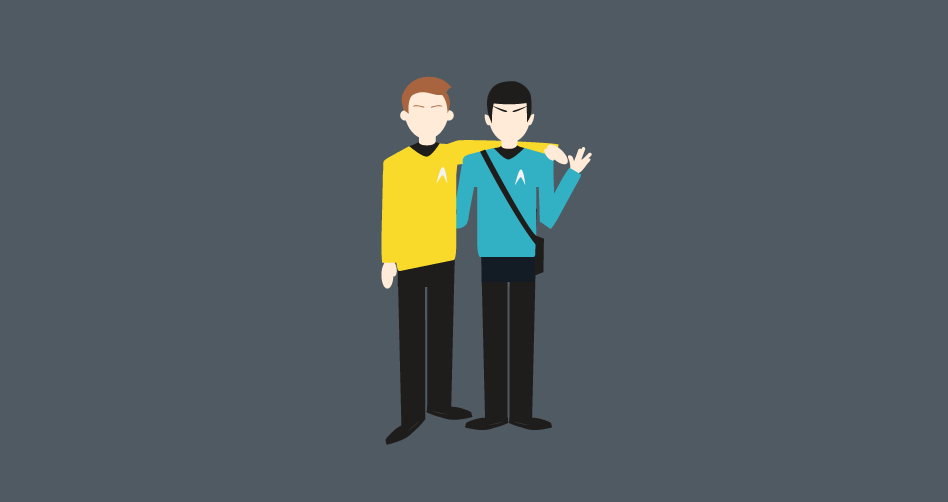 Have you ever seen a group of kids on a field trip? As teens, they’re too busy texting and flirting to have any distinct physical formation. As toddlers, they’re often leashed in some way, holding onto strings like some kind of pint-sized, hairless-team of huskies. But there’s a magical time, from the ages of about 5-11, when you’ll see perfect pairs of school kids lined up – each kid accompanied by his/her buddy.

As any primary school student will tell you, buddies are good. They help you to find your way, prevent you from getting lost, and alert you as to any missed signals. They give a sense of security and companionship in the wide, fierce world.

Hear me, O Freelancer; all freelancers should have a buddy.

Freelancing is often solitary work, and there’s nothing wrong with that!

Almost everyone – even the most blazing extroverts imaginable – can benefit from focused time alone with their thoughts.

But almost all freelancers can also use a buddy - a second pair of eyes on important projects, a catcher of typos, an editor, a sounding board, an advisor.

A buddy can be as formal as a collaborator or an assistant, or as informal as a friend with free time. Buddies can help with huge, titanic projects – providing support and feedback along the way – or provide insight on teensy micro-tasks (I like to enlist a second opinion whenever I’m sending a high-stakes email).

Sometimes this is a reciprocal process. I know a pair of filmmakers who regularly meet up to look over each other’s work.

And sometimes it’s one-sided. Another friend runs almost every press release by her husband first; he works in a completely different field, but she finds the outside perspective helpful.

Many freelancers in my circle regularly send unfinished projects to their romantic partners, just to get feedback. Others have found like-minded souls at work, in groups, or even online.

All of the freelancers I informally surveyed spoke of their buddies with not only gratitude, but also downright relief: “I couldn’t do it without him/her” is a common refrain.

So, how to find a buddy of your own?

Start seeking out people whose opinions you respect: friends with critical eyes, sensitive souls who speak the truth, or tactful sorts who know their way around a constructive phrase.

Find people inside and outside of your industry who can give you support. Be sure to lure them in in the most honorable way possible – by giving them YOUR support, and asking respectfully for their feedback.

Even if you can’t formally reciprocate, offer to return the favor in small thank-you gestures: a meal, a bottle of wine, or an exchange of services. Respect their time (don’t inundate them with requests), but don’t be afraid to ask for help…

… the universe is a lot more friendly with a buddy.

Need a buddy? Find one in our Hives discussion groups where freelancers can connect with other freelancers.