But isn’t this illegal? When a gig becomes an ethical minefield 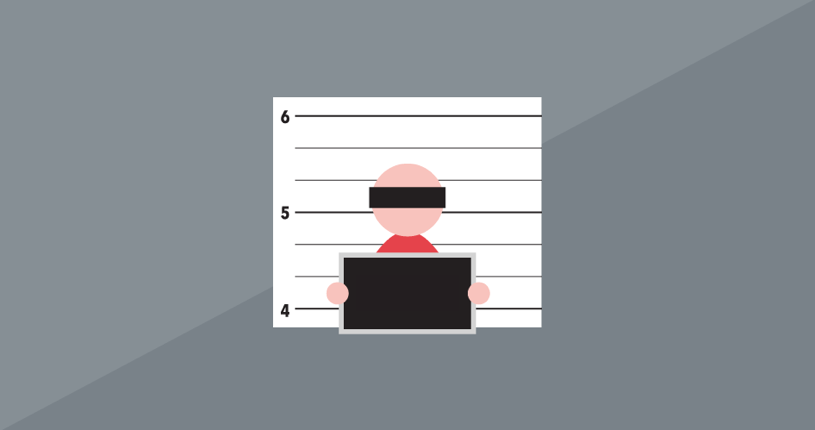 Once upon a time, an innocent young freelancer worked for a big, bad freelance writing company. To work for this company, she was supposed to have a very specific certification; every customer sent her way was told that she had this certification. These customers had paid a lot of money.

Her first day on the job, this freelancer asked when she, um, would be getting that certification?

… she was told shhhhhhh, don’t worry about it.

The freelancer got the certification on her own and eventually quit.

Once upon a time, a slightly older and wiser freelancer was approached by a prospective client, who had stumbled on her website. She was asked if she could write some website copy for a non-profit, but the client didn’t want to say what the non-profit was, or where it operated. She kept asking questions, but the prospective client hemmed and hawed.

Finally, she did some research and found that the “non-profit” was a thinly-veiled extremist group that had been investigated for funding acts of violence.

Needless to say, she did not take the gig. She did, however, write quite the blistering little rejection email.

Once upon a time, a significantly more open-eyed freelancer was asked by a remarkably brusque prospective client to do a ghost-writing assignment, writing an entire graduate thesis - to be presented solely as the author’s own.

She kind of laughed over that one. And then she said no.

Many freelancers encounter unethical or downright illegal behavior. While these random (hint! they all happened to me!) examples were pretty clear-cut, it can sometimes be difficult to know when “sketchy” client behavior crosses the line. I wish I had trusted my instincts more when first starting out as a freelancer – I would have saved myself some agitation.

Below are 3 ways to identify unethical (and potentially illegal) client actions – without having to lead a police investigation.*

1. Pay attention to your instincts

Do things just FEEL “off?” Is your client (or prospective client) especially cagey about details? Have they told you to overlook the necessity of certain licenses or skills? Have they asked you to lie or obfuscate? Have you been told to keep things from regulatory agencies? Could your work contribute to discrimination, the oppression of certain groups, or general misery? Does your work deceive people – does it convince them to do things that are harmful, like smoking or making ruinous investments? Could your work actively endanger people?

Does it SEEM like you’re being asked to participate in something illegal or unethical?

Listen, if something feels icky – if you suspect that you’re being asked to do things that are wrong or questionable – follow that instinct. Odds are your radar is pinging because something real is lurking in the depths.

So you’ve got a bad feeling. Now’s the time to get Googling!

Information is widely available online about what’s legal (and illegal) in many industries. Poke around; if you can’t find anything, talk to your friends in the same field and ask for their input.

Consider calling up an expert – whether that’s a trade union, a guild, a labor expert, or a legal counselor. Many fields have authorities who can help via published materials online and offline (ahem, Freelancers Union for freelancers); a little research goes a long way.

Now, your research may reveal that you are working for a client who’s not doing something illegal, but is engaging in unethical behavior. There is some outrageously unethical behavior which is technically legal (ie: writing code for viruses or marketing tobacco), and in that case, you’re going to have to dig deep into your own moral perspective and decide if the gig is right for you.

If your research shows that they are not technically breaking the law, but you still feel awful - go with your gut. Legality is not the only metric of justice. Something doesn’t have to be actively illegal in order to be profoundly wrong.

Unethical and illegal behavior thrives in a culture of secrecy and unsaid agreements. If you’ve got a bad feeling, and have done a bit of research, BRING UP YOUR CONCERNS.

Do it in writing. Nothing shines a light on murky behavior like asking a direct question or putting a concern in writing.

Shrink from the power of email, evildoers!

Bonus: Writing an email creates a nice paper trail; it’s valuable to have a record of their communications and to have proof of your objection.

Now, if your client’s behavior is actually illegal, it’s possible that they are breaking the law in ignorance. Politely inform them of the law in the case, and gauge their response.

If your client’s behavior is unethical but not technically illegal, I’d argue that it’s still worth addressing your concerns in writing. You may be able to change that unethical behavior! And even if you can’t, you’ll sleep better at night.

Send the email; see what the response is. Note if they prefer to call you back, or want to meet in person – if they actively refuse to put anything in writing. That’s a big, huge, warning flag.

If, after you’ve considered the issue and spoken up in writing, your client ignores your objections and continues their unethical/ illegal behavior, you may have some difficult decisions to make. You may simply want to leave the client, but you might also have the option of contacting the authorities or pursuing legal action.

Ultimately, remember that you tie your professional reputation to any work you agree to do. Not only can participating in illegal or unethical behavior rankle your conscience, it can also damage your career! Be the one to speak up and do the right thing - the karmic payback will be worth the displaced income.

*SUPER IMPORTANT NOTE: I am not a legal expert by any means – I have a BFA, for Pete’s sake – so please don’t take these tips in lieu of legal advice. These are common-sense steps to address important feelings of ethical discomfort. If you have serious concerns, please contact a legal expert!