Suck it up: when to stay with the unpleasant (or uncomfortable) gig 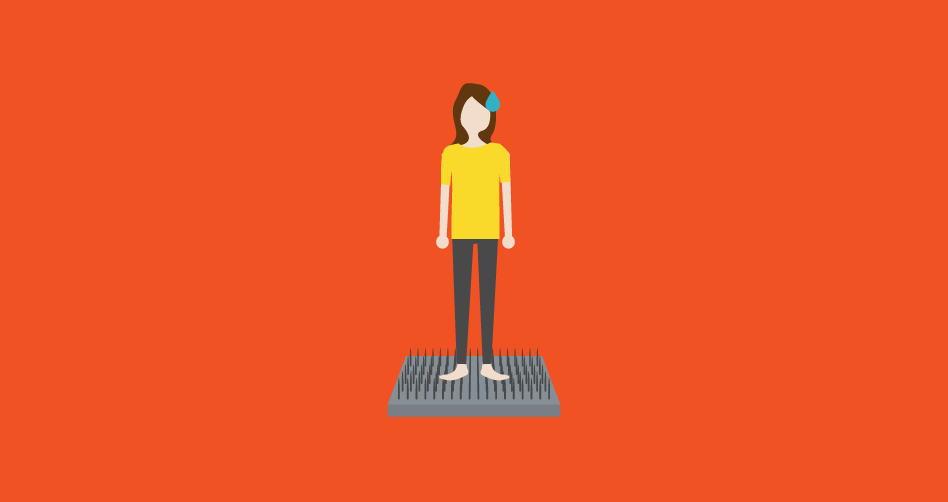 I’m a big believer in pursuing things that make you happy – whether professionally or personally. I think too many people are pressured into settling for jobs that make them fundamentally miserable, and I firmly reject that pressure. However, there are times – finite, temporary times – when everyone has to put up with an unpleasant gig for a while.

But how do you know when to stay with a project that’s making you unhappy… at least for the short-term?

You need it financially

Listen, if you dislike your gig, LOOK FOR OTHER GIGS. You are not doomed to wallow in mediocrity and unhappiness forever! But if your current project is a financial lifeline, don’t quit until you have some kind of escape plan.

I once knew a freelancer famous for impulsively quitting jobs whenever he became unhappy. That was perfectly laudable – except that he often quit without having even the vaguest of game plans in place. He ended up landing in financial crises more often than he ever needed to, and he burned a lot of bridges.

You do NOT have to know exactly how and when you’ll survive, but you DO need some sort of income/savings to patch together a living. Don’t jump from your current gig until you know you have a makeshift parachute.

You need it for your career

Again, this is not a reason to stay in a long-term job that makes you unhappy; DO NOT DO THAT! LIFE IS TOO SHORT. But if a short-term gig stands to benefit your career – whether you gain particular skills or get a nice resume boost – it may be worth toughing it out for a few months.

Save your sanity by setting a firm quit date (and telling loved ones that deadline – don’t let yourself stay longer) and looking around for other gigs. As long as you keep your promises to yourself and stick to your quit-date boundary, you’ll eventually look back on this time as unpleasant-but-livable character building period.

I’ve taken on projects that I KNEW were mistakes from Day #2 – but if I’ve committed myself to a month’s worth of work, I tend to follow through. Do a realistic gains vs. losses assessment; have you already done a significant proportion of the work on a given project? Is it worth it just to finish up and then get out? Are you talking about enduring short-term discomfort?

Don’t allow the specter of burnt bridges or failed commitments to lock you into a cruddy long-term gig; you have EVERY RIGHT to back out of something that promises to eat up half a year with misery. But if the remainder of the gig can be measured in hours, days, or weeks (instead of months), consider sticking it out.

You’re almost there! Get through it, and stick a big red DO NOT DO THIS AGAIN Post-It on this client’s gigs for future reference.

Do you find yourself repeatedly quitting gigs and projects – even ones that you once enjoyed – whenever they become unpleasant or uncomfortable? Are you so conflict-averse (or conflict-prone) that the slightest disagreement between you and a collaborator makes you want to run away? Are you surrounded by half-finished and just-begun projects? Have these tendencies caused major chaos in your life?

If you answered “yes” to any of these questions, you may be a chronic beginner – someone who really enjoys the exciting start-up portion of projects, and struggles to complete work. That’s okay! You’re not doomed to failure just because you have this tendency! But it would be EXCEPTIONALLY good for you to commit to finishing a few projects.

Every growing process involves discomfort – ask any exerciser – and it’s worth it to suffer through a little short-term unpleasantness in the pursuit of success.

The good news? If none of these things is true – if you don’t really need the gig financially, if it’s a lateral move career-wise, if it promises to be long-term, and if you’re pretty sure it’s the gig that stinks and not your own whimsy – you have my full permission to GET OUT, GET OUT AS FAST AS YOU CAN.

You owe nobody your misery; what’s more, chronic unhappiness isn’t character-building. Don’t sell your joy for a paycheck; if a gig is truly draining you, you don’t have to suck it up. Build an escape plan, and then use it – there’s no point in a parachute if you don’t jump out of the plane!