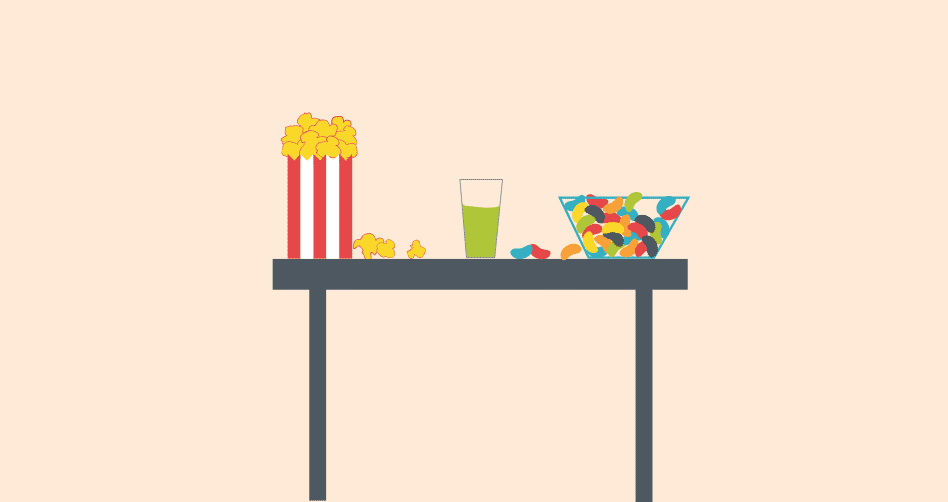 Recently, I finished a large project – the kind that makes you burrow down, mole-like, into a dank hole of productivity, and emerge weeks later, unshowered and triumphant. As part of my quest to rejoin the world of humans, I made plans with a friend of mine.

At the last minute, this friend called and said, “Hey, I have a fun idea! Why don’t we forego going out – hang out at your place and have a little dinner party?”

Now, not many people know this about me, but in addition to writing desperately important, world-changing blog posts for Freelancer’s Union, I also consider myself a bit of a Hostess with the Mostest – Martha Stewart of Manhattan, if Martha Stewart was not particularly known for her a) taste b) organization c) craftiness d) cooking e) hosting abilities.

Now, for most mortals, a “little dinner party” might prove challenging when one’s apartment has been ransacked and neglected after weeks of intense isolation – but I knew that with a will and a way, I could show my guest a stunning, elegant evening worthy of my sterling reputation!

Without more fanfare, here is the menu I proposed to my friend – feel free to steal inspiration for your own post-project party!

Perhaps the most varied section of the menu! Any guest may take their pick from a wide variety of amuse-bouches. Selection includes:

Any or all of these items may be accompanied by dipping sauces – including soy sauce packets, salad dressing that is probably still okay, or that hot sauce that my brother gave me as a gag gift last Christmas.

Hahahaha, that portion of the menu is covered in dust and rolled behind an unused Ab-Blaster 2000, am I right? Ho ho ho please save me from myself, friend!

That’s right, friend! “Primi.” We’re speaking Italian now, so you know this menu is CLASSY. Choose between a variety of Mediterranean-influenced first courses, including:

Aren’t you full yet? Really? Jeez. Maybe just wait ten minutes, have a glass of water. Try to think of disgusting things.

Now, I try not to take overdue pride in my menu, but here, the chef has truly outdone herself. A friend can really luxuriate in our sumptuous dessert options, including:

Now, there’s a downside to such impeccable planning; my friend was intimidated by my sublime menu – (working tagline, “tasteful meets tasty.”) Sadly, she suggested that we go out to a restaurant instead. But don’t let such petty ups-and-downs hurt your hosting abilities! Invite a loved one over today for your own post-project feast, and revel in the… your friends are easily intimidated, too, huh?

Dinner party for freelancers only! Shall we start with tap water, or the green juice?

Dude - somebody has to drink it.