4 ways to deal with freelance panic 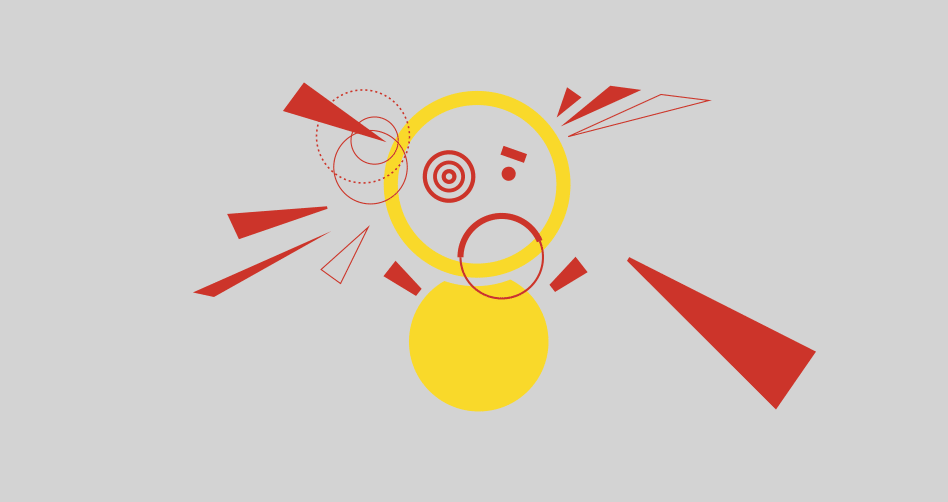 Someday, it will probably happen to you – maybe not now, maybe not tomorrow – but someday.

Maybe it’ll come in the form of a tight deadline, or an overloaded work schedule. Maybe you’ll owe much more in taxes than you estimated; maybe your biggest client will fold overnight.

Or maybe you’ll just find yourself waking up in the middle of the night with a vague but pressing feeling of anxiety.

Whatever the triggering scenario, you’ll know it when you feel it: the Dreaded Freelance Panic.

The freelance lifestyle can be wonderful, but it is by nature independent – and when you’re feeling overwhelmed, it can quickly get lonely.

It can feel like you have nobody to lean on, nobody to turn to… and that fuels anxiety. Because we’re our own bosses, we need to find a way to soothe our own fears, turning the impulse to panic into productive action.

So how do we deal with Freelance Panic – without becoming incapacitated?

Seriously, check in with your body. If you’re feeling panicky, odds are that you’re breathing shallowly and tightening all sorts of muscles, which sends your whole system into an automatic “fight or flight” reaction.

Breathe deeply; try concentrating on just the in-and-out. It’ll return you to the present moment and remind you of physical reality.

In times of great stress, I like to breathe in through my nose for 7 counts, hold for 7, and exhale for 7; if you’re just starting out, do 4 beats for each cycle.

Take a few minutes to do this – remember, you’re still alive, still functioning, still a miraculous oxygen-processing machine. As long as you’re still breathing, you can handle whatever is being thrown at you.

**2. Give yourself a finite amount of time to worry **

Instead of relentlessly fighting your anxiety (and thus heightening it), try accepting it as a powerful but essentially meaningless feeling. If you’re obsessing in times of trouble (and who doesn’t, really?) set a timer and give yourself EXACTLY ten minutes in which to give into the anxiety.

Scream, cry, pound a pillow, curse colorfully. Odds are you’ll be bored and ready to productively act on your feelings by minute 5, but you’re going to allow yourself the luxury of a full ten-minute release.

During these ten minutes, it can even be useful to let yourself envision “worst-of-the-worst” scenarios, especially if you can pursue them into absolute absurdity. Okay, so your biggest client just dropped you – do you really think that means NOBODY will EVER hire you EVER again and you’ll be forced to move into a filth-stained cardboard box and keep rabid rats for pets?

If you can make yourself laugh or roll your eyes, you’ll feel better. Letting the panic temporarily wash over you is okay; just give yourself time boundaries. You’ll be surprised by how quickly you can exorcise the worst of your Panic – just by giving it a voice.

3.) Pick three little things to do

Now that you’ve relaxed your body a bit and indulged in the expression of your anxiety for ten minutes, I bet you’re itching to do something about the Panic – but if you’re anything like me in these scenarios, you’re also feeling overwhelmed.

Don’t try to do everything at once. Write down three small things you can do to take productive action.

Lost your biggest client? Brainstorm freelance contacts at other firms, polish up your resume, and email 3 of those contacts. Get slapped with a hefty tax penalty?

Research your options, start looking over your budget, and ask friends on social media for references for accountants. Feeling overwhelmed by deadlines? Write down four tasks you can put off for a week, make a schedule, and get one small item on the checklist done.

You get the gist - accomplishing three manageable tasks reminds your overstressed brain that even the biggest jobs can be broken down into actionable steps. It makes you feel like you made progress. It can help kickstart productivity, and stops you from falling further down the Panic rabbit hole.

Still feeling hyper-stressed out? Walk away from the stressor for a little while – even an hour. Read a book, watch the news, call a loved one, get some exercise. Remind yourself that there are other people and stories – and that the world won’t end because your client doesn’t get his first draft on time.

Taking breaks and getting perspective helps you to relax, but it’s also professionally smart. It’s hard to do your best work or think clearly when tension is in the driver’s seat… and that can lead you into silly mistakes, which leads to more stress (aren’t cycles a kick?).

I know it can feel impossible to take a break when panicking, but Freelance Panic has a strange way of distorting time. Every minute suddenly feels crucial; every decision seems like it will resonate for millennia. Ask yourself if you’ll still feel so agonized in a year, or a decade – or if this pressing issue will probably resolve itself eventually (as most do). This too shall pass, and remaining calm will only help the Freelance Panic pass faster.

Every freelancer will someday run into Freelance Panic: when I look back on my career, I can remember many sleepless nights and fruitless fits of anxiety. But the thing it’s easier to forget is that the majority of those scenarios weren’t worth the dread they inspired; most, in fact, resolved themselves with some alacrity.

In fact, many of my “crisis” situations ultimately led me down better paths and opened new doors; if I had been able to maintain that perspective under stress, I would have had a much easier time.

I have a feeling I’m not the only one; if you’re suffering from Freelance Panic, breathe deeply. Know that you’re not alone. Set a simple plan, and take it one step at a time – and odds are that you, too, will move past these stressful times.