Don’t get fired: why you should be discreet on social media 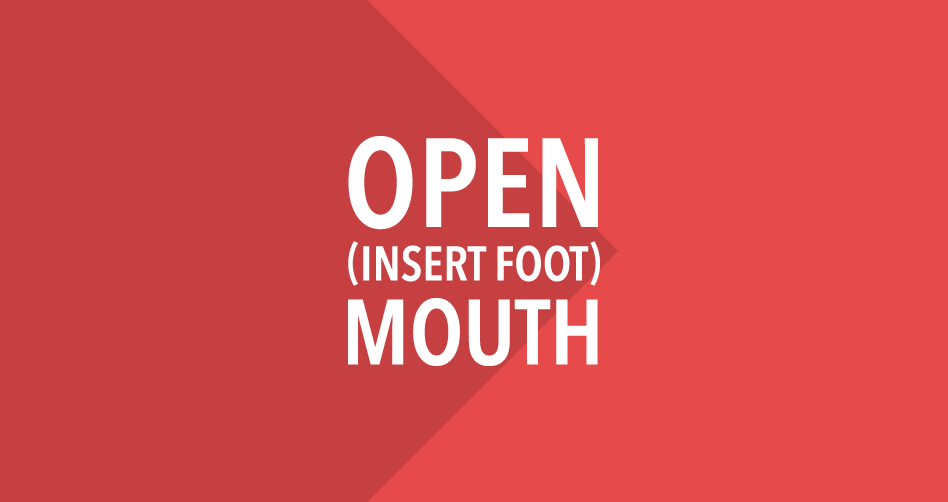 There are times when clients have driven me bananas: with unreasonable requests, chronically late checks, and general persnicketiness. It is tempting – oh so tempting – to jump on social media and post a pithy little status about it. After all, what could be more validating than a horde of people who “like” your complaints and commiserate?

And surely there’s no harm done if you disguise it handily enough, if you write something like: AN UNNAMED CLIENT IS MAKING ME WANT TO TEAR OFF MY OWN ARM JUST SO I HAVE SOMETHING TO BEAT THEM UNCONSCIOUS WITH.

After all, there are no identifying details! What could possibly go wrong?

Oh my freelance brethren, I have unfortunately seen this go wrong many times. In the worst cases, I’ve seen people fired from long-term, high-paying jobs for blabbing on social media – and this happens more often than one might think. Nothing burns a bridge with more napalm-like intensity than a peevish, gossipy Tweet.

I have a Facebook friend -- let us call him “Bill.” Bill is a writer – like me. Bill does freelance work – like me. Bill likes to complain widely and colorfully about his current clients on Facebook… aaaand that’s where we differ.

Here’s the thing about Bill: I understand the impulse.

But Bill is generally discreet enough not to Tweet his complaints -- I bet he thinks that protects him, since Facebook is a comparatively closed network. All it takes, however, is one friend-of-a-friend who knows someone who works with a client , and blammo, Bill is blackballed. Just one screenshot is required for hell to break loose, and again, I’ve seen “private” social media statuses go public faster than one can say “privacy is relative.”

But while exposure is the preeminent concern, there’s another unintended consequence of turning to social media every time your client annoys you. Even if said client never finds out, it often makes YOU look just as bad as whatever you’re complaining about.

Bill’s page makes for good reading. I genuinely enjoy his rants! But because he complains so often about so many clients, HE starts to look like the common denominator for dysfunction. One complaint is enjoyable, ten looks unhinged. I like Bill personally, but I would never recommend him for a job, because he seems like a bit of a pain. Is that fair? Maybe not – but that’s the message he’s sending.

I have several friends who are lawyer-types, and they all go by a cardinal rule: don’t put anything in writing unless you feel prepared to back it up. If you don’t feel like you can defend a comment, don’t post it in the decidedly un-private sphere of social media – at least, not under your own name.

I am also NOT, it should be said, a model of discretion on social media. I will complain about politicians, public transportation, Craigslist postings, my fellow New Yorkers, companies, and random minutiae. I am not Suzie Non-Disclose -- heck, I sometimes write about former clients on the Freelancers Union blog. But I do generally keep complaints about writing clients that I work with (or ever want to work with again) off of Facebook and Twitter – and I’ve never regretted that discretion.

If a client is genuinely abusive -- if they haven’t paid you, or have scammed you, or have used your work without crediting you… then yes, you may indeed choose to use social media’s amplification as a “nuclear option” to warn others away or even shame said client. But that’s a last-ditch option, in which you are consciously burning bridges because you don’t want to work with jerks, anyhow. That is not an everyday occurrence.

In every other case, you still have a right to complain or express feelings of discontent: to your family, to your friends; via phone, text, or email. Write every colorful expletive you can think of in your diary. Heck, start an anonymous blog and rail vociferously against unnamed clients if you need to (although you may be caught in that, too; don’t say I didn’t warn you, but at least there’s some deniability therein). Most importantly, look for other work. Don’t stay with any client who makes you unhappy enough to initiate group therapy via Twitter.

But (and I have seen this warning justified again and again) don’t consistently complain on social media under your own name, unless you’re ready to be caught.

Freelancers, have you ever complained about a client on social media?