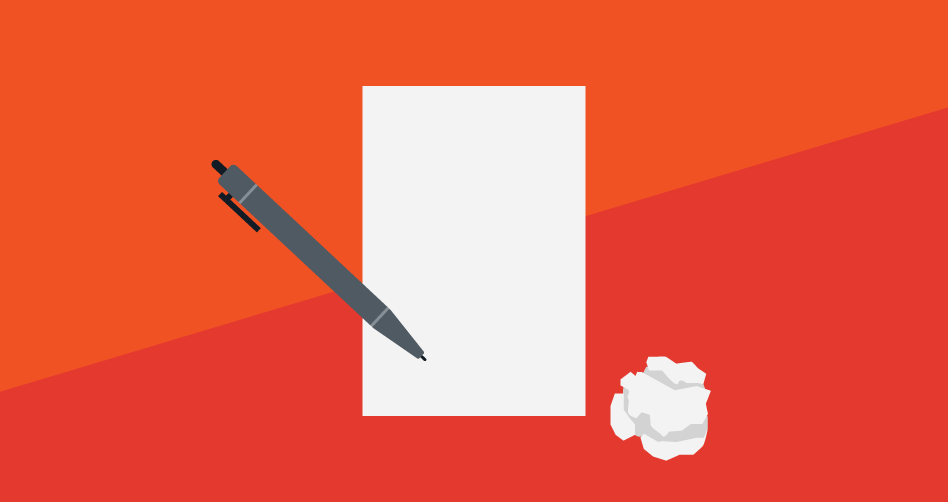 It was going to be called “The Beauty of the Last-Minute Idea”. It was going to encapsulate that beautiful, half-panicked eureka moment when your subconscious finally pulls its weight and a great concept pops into your head… right before your deadline.

I began writing the post. My friends, the metaphors I created! I compared periods of unproductivity to the doldrums, and your subconscious to sailors hoisting sails, and inspiration to the wind, and it was just lovely. I made some half-amusing jokes! I made some salient points! And then…I just ran the heck out of things to say.

I was staring at half a page worth of fluffy prose that said, essentially, sometimes good ideas come out of nowhere. It wasn’t very interesting – not to me as the writer, and certainly not to any reader.

Time passed. I stared glumly at the screen, wrote a few more paragraphs, deleted them, groaned dramatically. I stepped away for half an hour and hoped that something would change.

Guess what? It didn’t. I opened up a new Word document, sighed, and relegated my oh-so-promising-previous post to the Trash file.

When you’re a freelancer, time wasted is money and energy wasted – and all of it is coming out of your (physical and metaphysical) bank account. That means it can be especially frustrating to feel like you’ve been spinning your wheels fruitlessly. Fear of wasted effort can make you try to expend more and more energy on a faulty concept, trying to make it land.

But sometimes the center will not hold.

The freelancers that I most respect know when to discard bad ideas and concepts. They’re unafraid to start over, and they’re not precious about their craft. When they’ve really, really tried to make something work and it just WON’T, they chalk it up as “experience” – and attack the problem with a new approach entirely. They’re confident in their ability to come up with a better solution – and because they’re confident, they’re normally right.

Letting go of your brainchildren can feel like failure – and odds are that you didn’t become a freelancer because you’re a quitter. But taking an objective view of a concept and consciously choosing to “un-pursue” a weak line of thought is key to being a flexible, creative freelancer – one who’s not afraid to try new things.

Next time you find yourself staring at a project that isn’t working, ask yourself – is the idea behind it, at its core, truly sound?

If it’s not – if you’ve tried every angle and it just isn’t performing – let it go. Let your idea die – or, more accurately, kill it yourself. Strangle it, drown it, drag it to the trash, and don’t be afraid to start over.

The next one will be better.

Kate Hamill is a freelance writer, playwright, and actor. She lives in New York City and consumes a truly frightening amount of Sriracha daily. Follow her on Twitter at @katerone.