The reluctant manager: how to lead teams (when you'd rather not) 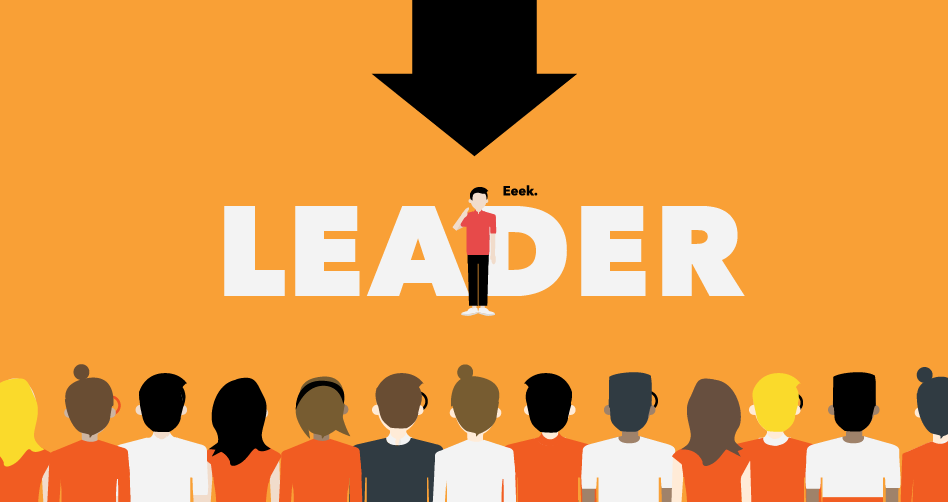 People like breaking down the world into “leaders” and “followers” – but for some of us, neither of those labels is quite correct. I don’t particularly like being told what to do, but I’m also often deeply uncomfortable with the idea of being the “manager." That word makes a shiver go down my little independence-loving spine. If the business world were high school gym class, I would be most comfortable standing on the sidelines – probably making snide comments (much as I did in… actual gym class).

I’ve found that this is not an uncommon trait amongst freelancers. Although some are perfectly comfortable leading others, many also feel as if they operate best outside of this leader-follower power structure. That’s why they struck out on their own in the first place.

Despite my complete and total reluctance, however, I have sometimes been asked to lead teams on work projects. Often, I don’t even know the team beforehand – I’ve simply been plugged in as the Freelance Expert, and expected to manage others.

So how do you lead people… when you don’t particularly desire to lead people?

So you’re in charge! All eyes are on you! Do they think you’re a jerk? Did that guy just roll his eyes?

I’ve found that the only way to get over the self-consciousness is by going through it calmly, accepting it as routine, and not letting it distract you. Nobody can see in your head. You probably seem pretty calm and collected from the outside. Your team’s personal opinions about your leadership aren’t really germane – what is relevant is getting the project done. Embrace the discomfort. You don’t really want to be in this position, but you are; try not to apologize or complain or quibble. You’re in charge now, and that means that you set the focus. Set it on getting the project done.

This is the tip that helps me the most. It takes some of the pressure out of leading, while allowing me to genuinely connect with my team members.

Technically, yes, you’re “leading” the team. But leadership comes in a lot of different flavors. A collaborative approach allows everyone to feel included and valued, and calms a lot of potential resentments. Yes, you’re the manager, the assigner of tasks – but that’s a function of team structure, and you can also be a member of the team.

When I have to lead teams, I generally try to start things off by explicitly saying that I like to collaborate, and that I really want input. If I have any occasion to ask team members’ opinions, I do, and I genuinely try to hear differing points of view. I try my best to stay relaxed and supportive, and to treat people as true co-workers – even if I’ve just met them. I consciously try to use terms like “we” and “our”, to think flexibly, to check in regularly, and offer help. When projects are finished, I give credit openly to team members, and make sure that I thank them individually.

I’ve found that if people feel like they’re supported and respected, they tend to open up and give their best results. Especially on short-term or urgent projects, having your team engaged and rooting for you is key, and I’ve found that actively committing to collaboration really works.

Focus on the Project

This may seem obvious, but if you’re not someone who loves to manage, it’s easy to get caught up in stress about leadership and lose sight of the ultimate goal.

Focusing on the project’s needs (instead of your stress) will ground you. It will set deadlines and help you to organize your thoughts. It will make the entire effort about something bigger than you – which will alleviate self-consciousness. It will give you confidence (YOU’RE not making that decision! The PROJECT dictates that decision, and you’re the one who is COMMUNICATING the project’s MESSAGE!).

Listen, the only reason why you’ve been put in the managerial position is because somewhere, someone, somehow needs the project finished, and you seemed like the gal/guy to get it done. Your stress is beside the point, you poor sucker, you!

When you feel like you’re floundering in interpersonal dynamics and your own worries, return to the project. Become the guardian of the projects’ best interests and the defender of its needs. That’s your focus. That’s your job.

Leadership, at the end, isn’t about you. It’s about your team, and getting the work completed – and the best way to get the focus OFF of you (and your self-consciousness) is to focus on others and the task at-hand. Before you know it, you’ll be finished… and it won’t have been so terrible, after all!

**Freelancers Union is the nation's largest group representing the independent workforce. Join us (it's free!). **