I hate business-ese: a call to arms against mindless marketing-speak 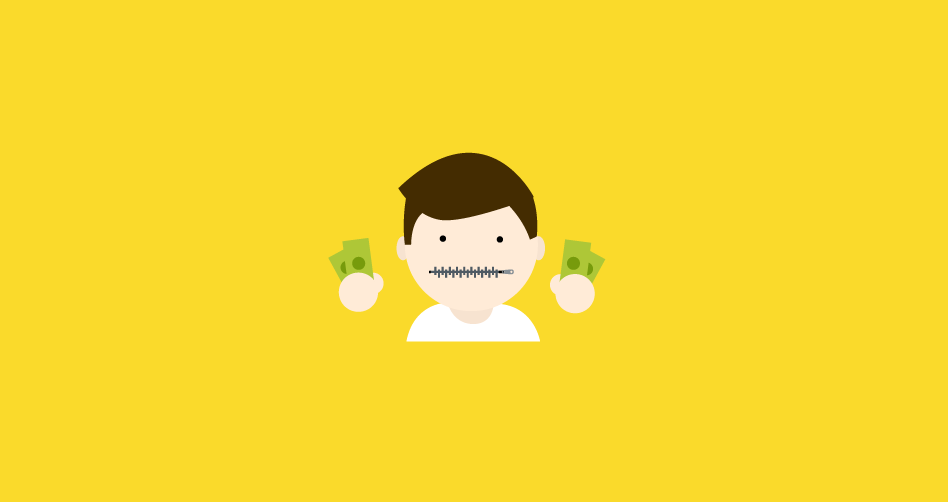 I’m no MBA. In fact, I have a BFA. In college, I took a course called “What Is Math?” to fulfill my sole math requirement. I don’t own a briefcase. I’ve only ever briefly worked 9-5, and the closest I’ve ever come to a pantsuit was shaking Hillary Clinton’s hand at a play. I am, in short, considered an unserious individual by the standards of Corporate America.

As a result of this sheltered lifestyle, I didn’t smack into certain corporate conventions until I was old enough to find them completely and entirely alien.

The most alien of these conventions? The phenomenon I’ll call business-ese.

Business-ese is the use of hyper-stylized language that makes ordinary human activities seem more “official” or “important.” Business-ese muddies and eventually dries up meaning, until sentences flake away in the wind, devoid of any real substance. It’s insider-y. It relies heavily on buzzwords. It’s ridden with clichés.

You may not have heard of business-ese before, but odds are you’ve seen it mangling the English language. For example:

Normal human sentence: I talked to him; he’ll send the papers over today.
Business-ese: I communicated to him via phone the crucial importance of said deliverables, so we can interface and discuss; he communicated the approximate timeline upon which we can expect receipt (ASAP).

Normal human sentence: I’m reaching out to partner organizations to re-Tweet this.
Business-ese: Stakeholders are being engaged via social media outreach on a micro- and macro-level; the call-to-action in this initiative is to communicate the branding message to a larger consumer base across all segments.

Normal human sentence: We work in a way that achieves your unique goals, while attracting the attention of your target audiences.
Business-ese: We deploy a unilateral, holistic process by which the resultant messaging is reflective of the targeted entity’s distinct objectives, as well as being cognizant of strategic reach from C-level executive to individual consumers aged 13-99.

… HELP! YOUR ACTUAL INTENT IS DROWNING IN ALL THIS PEDANTIC, OVER-SERIOUS NONSENSE!

I get why business-ese evolved, I really do. Some commonly used terms are useful and necessary – “stakeholders”, “call-to-action”, “engagement”, “strategy”. It’s when they’re all strung together in one long babbling chain that writers sound like the world’s least interesting maniacs.

… well, it FEELS like a crisis of that magnitude.

If you’ve ever wanted to see business-ese at its insidious peak, take a look at any overwritten resume. “I managed 100 projects in 5 years” becomes “Utilizing my unparalleled proficiency in multi-project management, I motivated team members to go above and beyond benchmarks on scores of complex projects over varying timelines.”

That’s a tragedy! It’s not clear to the person hiring, which makes it unhelpful to the poor job-seeker, who is only trying to appear professional – and undercutting herself/himself with this dry, ambiguous, stiff, colorless language.

I have a plea for you – for all of us (Heaven knows that I, too, have devolved into business-ese when writing for clients; it’s tempting, to indulge in all that fake authority and importance):

RAISE YOUR BANNER WITH ME! Reject this boring trend! To the barricades of meaning and clarity, my friends!

If you’ve written something for a business venture recently – even something as small as an email – review it. Is it crammed full of buzzwords? Are they helpful, or are they obscuring your meaning? Could an industry “outsider” read it and have some idea of what you’re talking about? If you find your piece is sagging under the weight of too much business-ese, follow the example of Coco Chanel’s famous rule about jewelry – take something off. Find a way to express things in simpler terms.

Business-ese is mutilating the language – and it’s not helping you communicate effectively. Break away from it!

Be colorful. Be dynamic. Just don’t be pedantic.