How many freelancers are there in America? 53 million 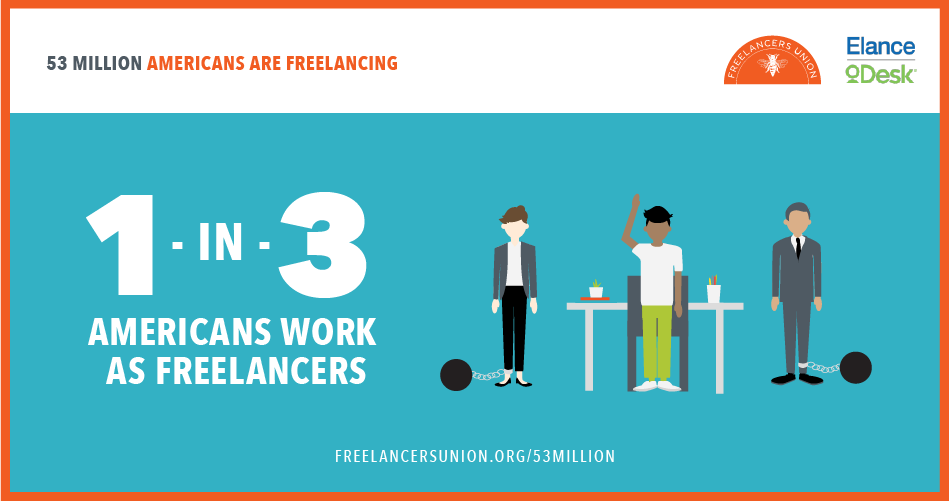 Have you heard the news? There are 53 million Americans working as freelancers!

That was the big finding in our new study on freelancing in America, but it points to a much larger shift happening in the economy as a whole. Namely, freelancers are everywhere -- and a lot of them probably don’t even think of themselves in those terms.

Why? Because it’s not just some fringe movement anymore -- it’s the face of the new workforce.

Here’s a quick breakdown of our findings:

53 million freelancers is 34% of the workforce, or 1 in 3 American workers (tweet this): 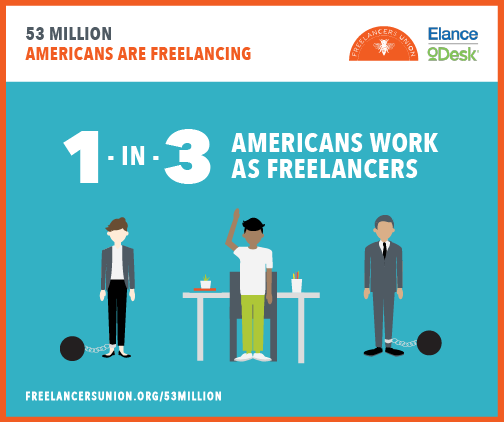 It’s more than the combined populations of 25 states (tweet this): 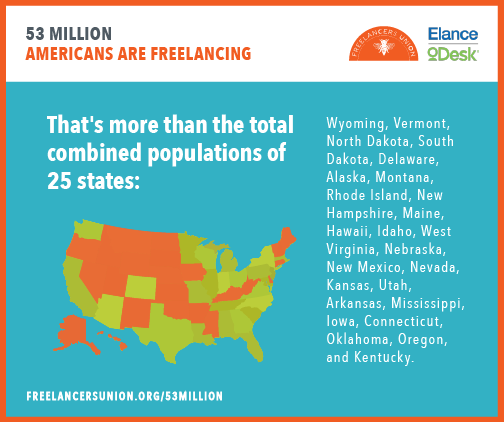 It means that if we all stood on each other’s shoulders, we’d be really, really tall (tweet this): 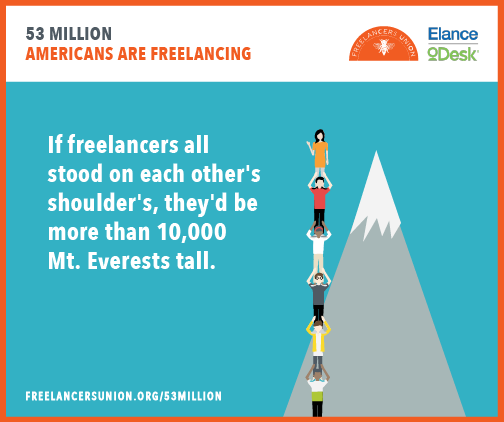 And it means that we’re contributing a lot to the economy! In fact, if all 53 million freelancers combined their income, they’d have a combined total of $715 billion! That’s more than the combined value of Facebook, Walmart, Amazon, Starbucks, and McDonalds (tweet this): 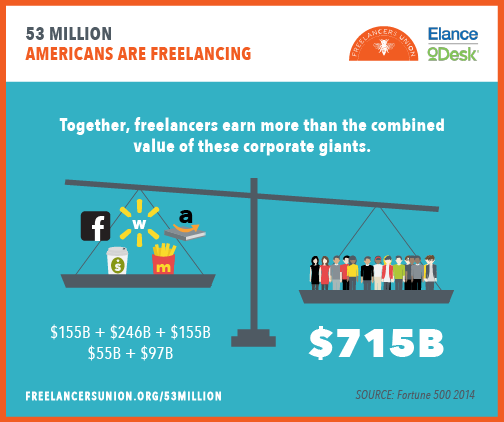 So are you one of the 53 million? There’s a 1 in 3 chance that you are -- and we’ve made it easy for you to find out. Check this flowchart and see for yourself! (Tweet this) 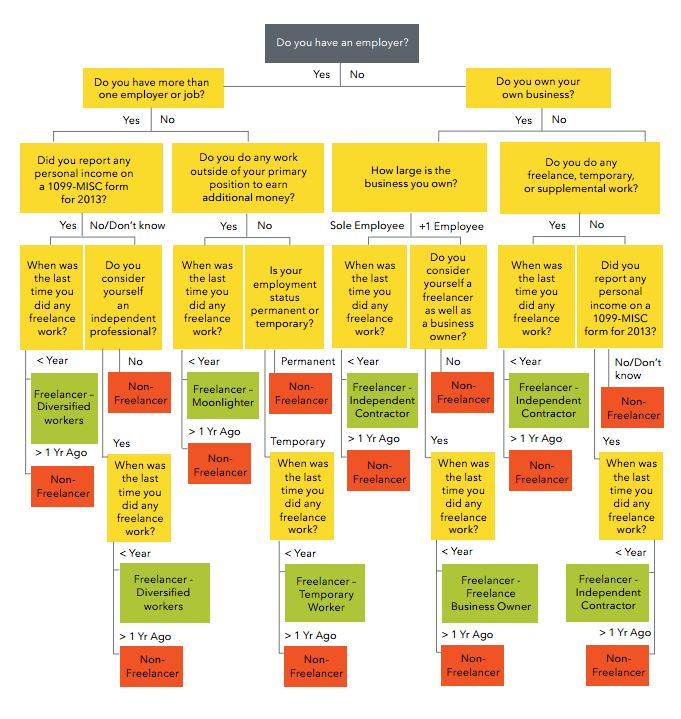 So are you a freelancer? Send a tweet and let the world know that you’re one of the #53millionbosses shaping the future of work!