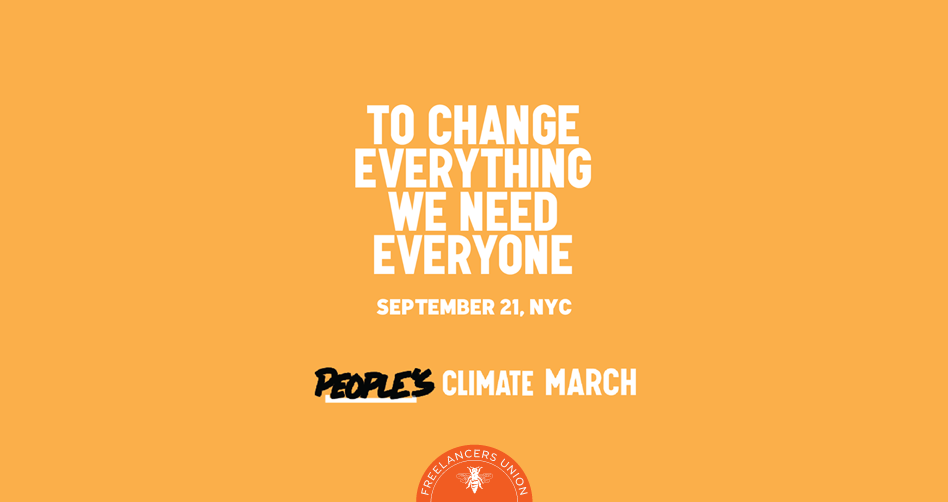 Clean water. Clean air. Clean food. Freelancers care about leading sustainable lives and living on a planet that’s thriving just as much as they are.

If you live near NYC and are interested in raising awareness for climate change, we hope you join Freelancers Union members at the People’s Climate March on September 21 in NYC, a demonstration of how much the world cares about its environmental future!

To learn more about the march and how to participate or get involved further as a march volunteer, go to our Hive: People's Climate March - September 21st. We’ll be starting a conversation about the People’s Climate March and who would like to talk about ways to self-organize for it. It’s also a place to connect with fellow freelancers who are interested in sustainable climate policy and our environmental future.

Freelancers Union is partnering with other labor and environmental groups for this historic march because we support the need to design a global economy that works for people and the planet. Together, we’re creating an intentional international community that champions good jobs, clean air and water, and healthy communities.

If you have any questions or are interested in volunteering for the march, feel free to email Caitlin Boston at cboston [at] freelancersunion.org.