What's the weirdest gig you've ever had? 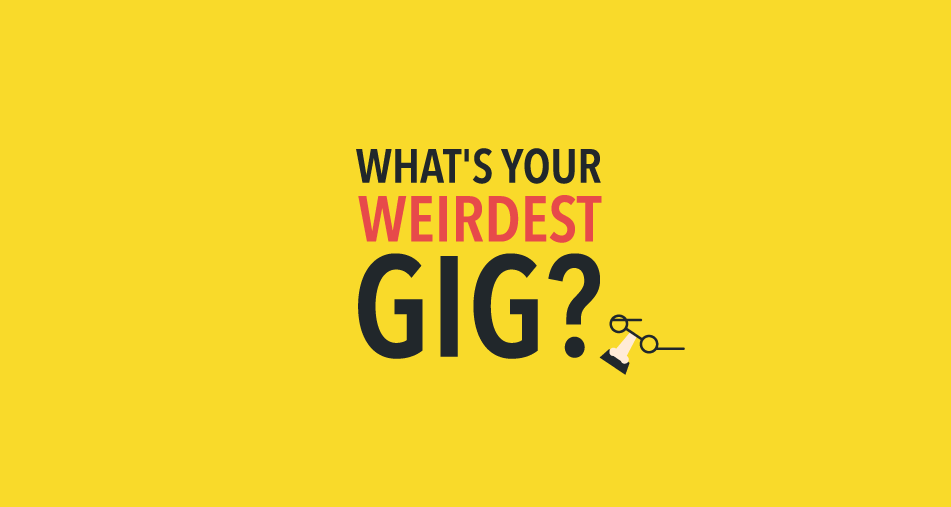 A few years ago, I was working as a freelance resume writer. I got an email from a former client whose resume I had done recently – he had a proposal for me.

He wanted me to ghostwrite something else for him: an online dating website profile.

Okay, this seemed legitimate, I guess? I had never written someone’s dating profile for them before – and the whole practice of having someone create a fake persona FOR you so that you can meet your soulmate seemed a bit off – but I was still theoretically open to it.

Then he clarified; there were certain unusual proclivities (yes, think what you're thinking) he would like included in said profile, and could I make a point of emphasizing those?

That was a bit much for this little ghostwriter. I turned down the gig.

Here are just a few of the strangest that I’ve come across*:

These are just the first stories I have off the top of my head – and via conducting a short survey amongst friends. There are stranger… oh, far far stranger.

What about you, freelancers? What are the strangest gigs you’ve ever worked?

*Some minor details have been changed in these stories, to protect the innocent!