Independents united! 81% of freelancers refer work to each other 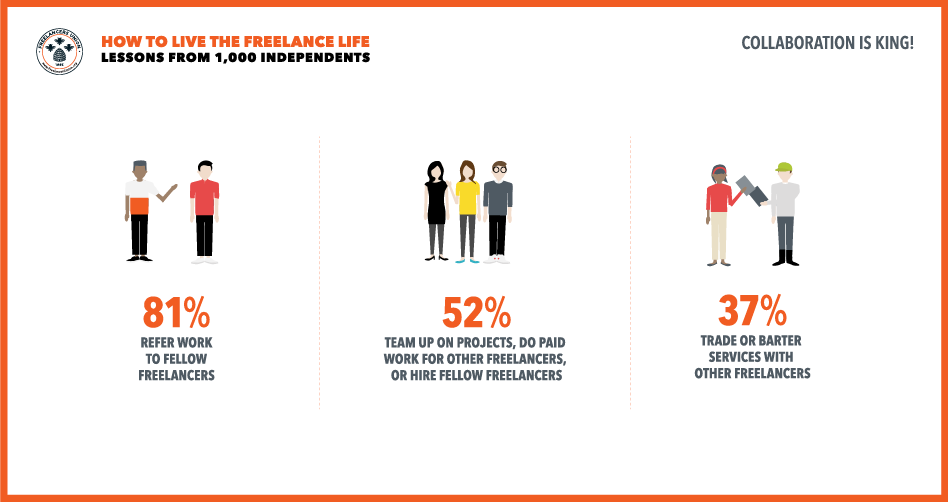 A dog-eat-dog world? Not for freelancers!

The exact opposite, in fact. One of the most interesting findings of our recent survey of over 1,100 freelancers was that freelancers are helping each other find work, collaborating on projects, and bartering with each other for services.

We all know how important it is to have a thriving network, but freelancers are using their connections in a real way. A whopping 81% of freelancers surveyed said that they have referred work to their fellow independent workers.

What does this all mean? It means that freelancers aren’t interested in competition -- They’re interested in building together. They want to make the freelance life work not just for themselves, but for their connections as well.

It’s further proof that freelancers are working together to create a new, sustainable ecosystem in which to work.

Read our full report here: “How to Live the Freelance Life -- Lessons from 1,000 Independents (PDF)” 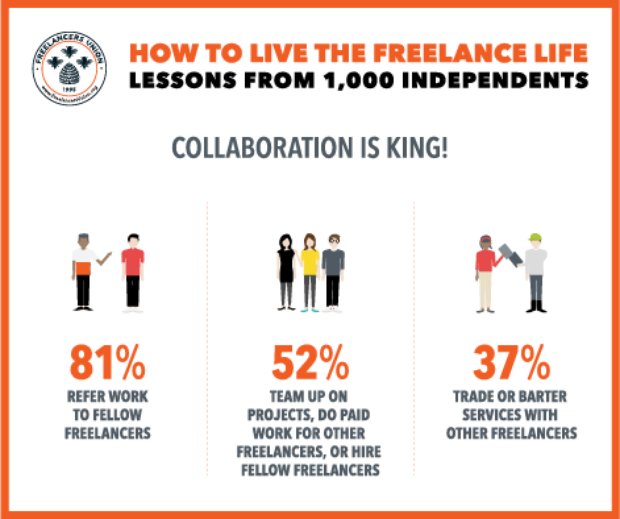