The United States: One of the best or worst countries for workers? 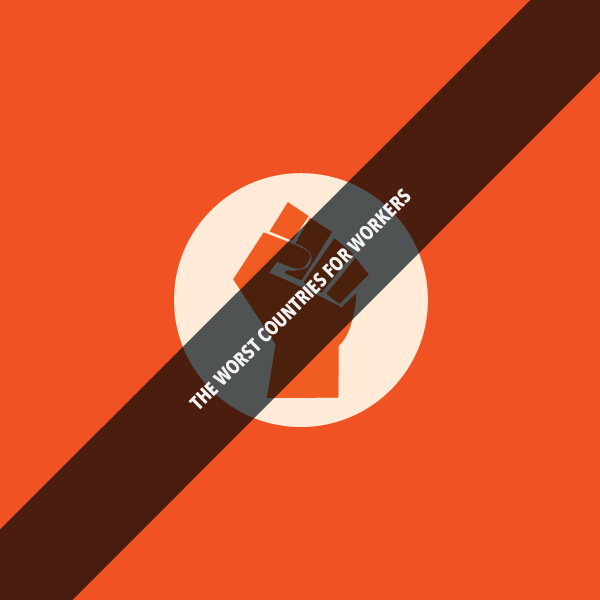 If you had to guess, where do you think the United States would rank in a list of the world’s worst countries for workers?

Last week, The International Trade Union Confederation (ITUC) released a report detailing the best and worst countries for workers. As it turns out, the United States isn’t doing all that well.

Based on 97 indicators measured over the last 12 months (April 2013 - March 2014), the full report ranks 139 countries from 1 to 5: 1 being those countries that generally guarantee rights for their workers, and 5 being those who provide little to no guarantee of rights.

As it turns out, the United States was given a score of 4. What does this mean exactly? According to the ITUC report, it signals a “systematic violation of rights.”

More specifically, “The government and/or companies are engaged in serious efforts to crush the collective voice of workers putting fundamental rights under continuous threat.”

What other countries had the same score, you ask? Iran, Iraq, Haiti, Democratic Republic of Congo, Pakistan, Sierra Leone, and Indonesia - just to name a few.

What does this mean for the American workforce? Well, it might provide some insight into why so many Americans are deciding to work for themselves, and join together with others to create jobs that work for them and their lifestyles. It also might have a lot to do with why American consumers are making purchases that align with their values and moving from consumption to connection.

Freelancers, did your previous workplace conditions encourage you to go independent?