What I wish I knew about the freelance life 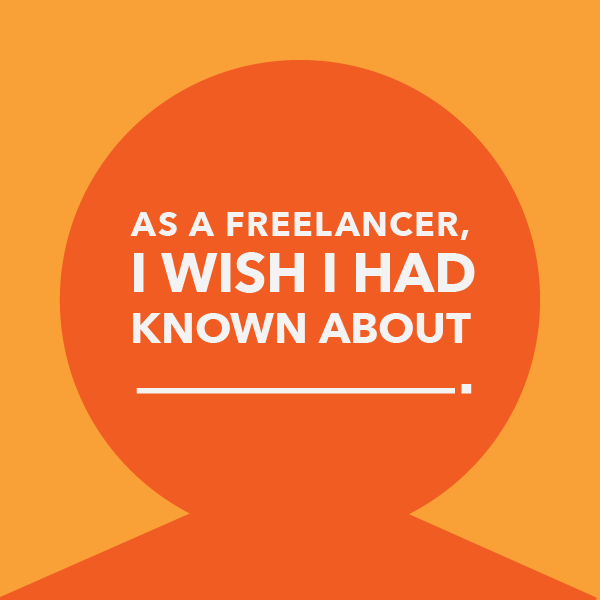 This past weekend, we asked our members a simple question: If you could tell your 18-year-old self one thing about the freelance life, what would it be?

As you can imagine, the responses were incredibly varied. Some wished they’d signed up for a health insurance plan earlier, some would have started freelancing sooner, while others wished they had known about the importance of having a network of friends, family, and fellow freelancers.

Based on years of experience as independent workers, here are some of the golden nuggets of wisdom that our members provided:

@freelancersu I would say, "You CAN do this. Don't be afraid to give it a try."

@freelancersu Find people that are more experienced than you are and ask them for guidance. Don't take criticism personally. Keep growing.

@freelancersu I would tell him that while freelancing is much harder than working a regular 9-5, it is much more rewarding. #itsworthit

@freelancersu Never stop creating and don't be afraid to share what you've created.

@freelancersu it isn't too early to start now.

**If you could tell your 18-year-old self one thing about the freelance life, what would it be? **