Forget what the experts say...How do YOU stay productive? 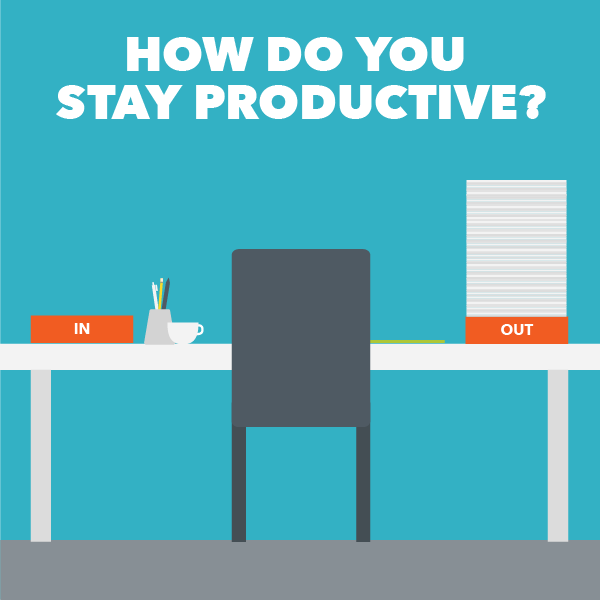 There. I said it.

I have a hard time relaxing. It takes a concerted effort for me to do anything that doesn’t have some palpable goal or reward at the end that is somehow linked to my career goals.

I also know this because I’m obsessed with reading the torrent of ‘How to be the Most Productive Person in the Entire Universe’ posts that seem to be taking over the internet in recent months. Honestly, I’m content with how productive I am. Still, I find myself reading these posts on a daily basis, thirsting for some insight into productivity habits that I MUST be missing. But at this point, I’ve had enough.

Here are a few things that did and absolutely, positively did not work for me:

Exercise
Even just 20 minutes of pushups and situps have a really positive effect on my productivity. Sitting in a chair for a long enough period of time will make anyone’s mind wander, legs go numb, and vision start to blur. If it’s nice out, I’ll go on a quick bike ride around the block. If it’s cold, I’ll do some pushups and situps. I find that when I’m finished, I feel more energized and focused than I would have felt had I made yet another cup of coffee.

To-do lists
Before I go to bed each night, I make a list of all that needs to be accomplished in the next day. These tasks vary. There are tedious, smaller tasks (such as responding to emails, doing laundry, or picking up supplies for a certain project) and there are minor tasks and assignments that relate to a larger, long-term goal.

Self-imposed deadlines
I love deadlines. I love deadlines so much that I even make deadlines for self-imposed projects that nobody in the world, other than myself, would even know if I missed. On top of that, I make due dates for certain elements of the project within the larger timetable. Maybe I’m just OCD (which I can be), but even if the only beneficiary is myself, I get a lot of satisfaction out of meeting a self-imposed deadline. Of course, a lot of this has to do with the fact that these tend to be projects that I’m excited about...which makes the work feel like play.

Waking up early
Be that as it may, I could inject coffee into my veins for hours and still not accomplish a thing before 9am. I’ve tried waking up at 6am for extended periods of time in order to exercise, work on a side project, read the news, or spend time writing. Guess what happened every time? I sat there, drinking my coffee, doing my best unintentional zombie impression, and wishing that I was still in bed. I dedicated myself to it, but ultimately gave it up. Why? Because I wasn’t productive then, and was less productive for the rest of the day due to exhaustion. I’m keeping my alarm set for 8am, thank you very much.

Turning off your cell phone...Especially before bed!
Research has found that using your phone within 30 minutes of going to bed can affect your sleep and productivity the next day. This may be true. The problem is that everything I’m involved with is somehow tied to email and/or social media. If something happens on social media, it needs to be handled in a short period of time. If an opportunity is offered via email, it might require a timely response.

At this point, ⅔ of Americans have smart phones. That being said, people generally expect a timely response to emails, text messages, phone calls, or whatever it might be. Maybe this puts us all a little bit more on edge, but let’s face it, that’s how business functions nowadays...my business, at least. So for me, this one is non-negotiable.

‘Take a Nap at Work’
Sure, maybe you can nap if you’re working from home, but napping at an office job? Please. Research also shows that you have a 5% chance of keeping your job if you’re found sleeping at any point, anywhere between the hours of 9 to 5.

So with all of that, I say forget what the research says! All of us function differently at different points in the day. Some like to-do lists, others don’t. Some wake up early, some are vampires. The important thing is to find out what works for you, stick to it, and be the best freelancer you can be!

So, freelancers, how do YOU stay productive?