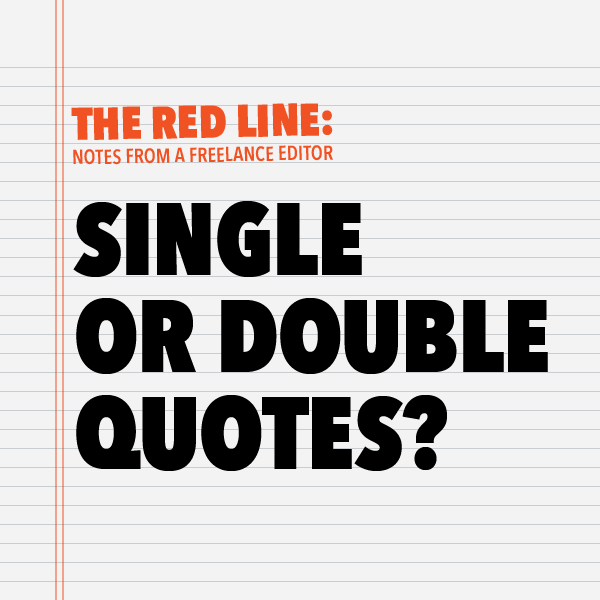 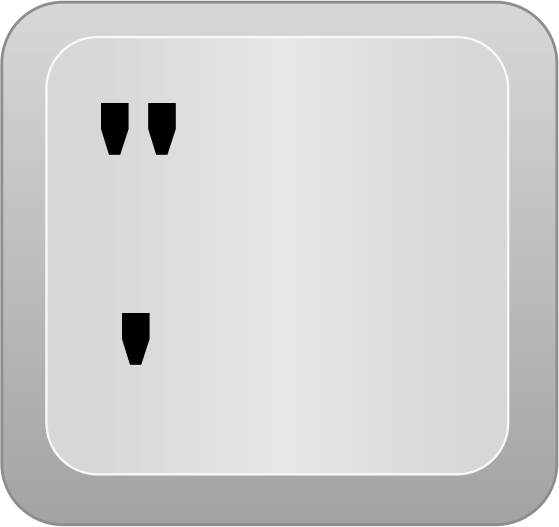 **Behold, my nemesis; the key above perturbs and confuses me. The familiar and comforting “, hanging over the completely mysterious ‘. **

When should I use single quotation marks? I work as a freelance blogger for a couple of clients, and I’m always unsure when to use ‘. It always looks like a mistake to me.

Should I use them occasionally? Never? How about now – sorry, excuse me: ‘how about now’?

You have very strong feelings about your keyboard!

Here is when you should use single quotation marks:

When you are quoting people WITHIN another quote, or when you are citing titles (of books, movies, articles, etc.) within a quotation.

Let’s look at the examples, that’ll make things much clearer:

The girl said, “And she was all like, ‘I love your dress!’ and I was like, ‘Oh, this old thing? I only wear it to really boring parties,’ and she was like, ‘Oh em geeeeee, you are so funny.’”

Note that quotes WITHIN the quote are demarcated by single quotes. Another example:

Abraham Lincoln once told me, “Aristotle once said, ‘Don’t ever trust quotes from unverified sources.’”

Ahhh, so much clearer. Now let’s take a look at citing a title within a quotation:

“Then he said that his favorite book was ‘Atlas Shrugged’ – and just like that, the date was over.”

“He said his favorite movie was ‘The Princess Bride’ and I proposed to him on the spot.”

No – there are other situations in which one can use single quotation marks. The examples above are just the default.

But that’s pretty insider-y stuff; for a complete rundown, look here. Odds are that if you’re in a field wherein you need to use single quotation marks in that fashion, you know it.

**But the Brits do single quotes and I love the Brits! **

Well, this is where it gets a little muddy. The Brits sometimes think of the single quote as a delightful style choice, and so do many Americans.

Single quotation marks can function to set apart words, to make the reader take special notice of a word or phrase. They can thus be helpful when HIGHLIGHTING a special term (good rundown of that here).

Let’s look at some examples.

Just make sure that if you choose to use single quotation marks as indicators of emphasis, you use them consistently throughout your work. It’s flip-flopping that makes a Freelance Editor antsy.

This has been a message from a Freelance Editor.

Have a question for our resident Red Liner and occasional tea-sipper, Kate Hamill? Email her at khamill@freelancersunion.org, or leave it in the comments!