Is it Harder to Make a Living as a Musician Today? 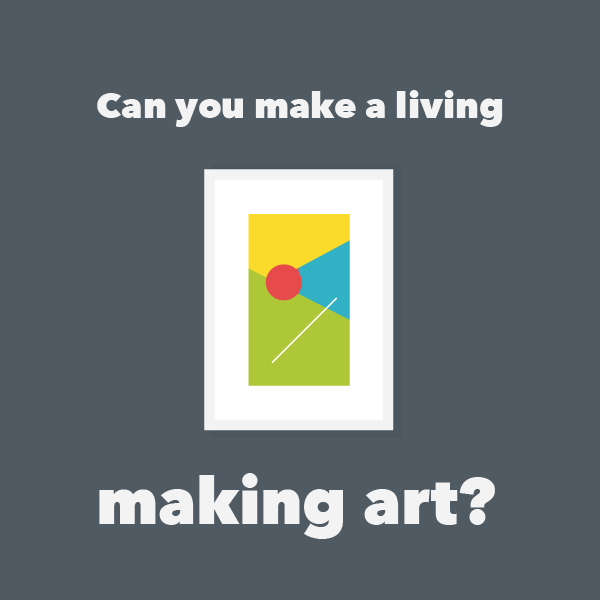 It’s all true. We should do all of those things.

The problem is, unless you have a VERY liberal landlord, you can’t pay rent in passion and dreams. You need to be able to turn those intangibles into cold, hard cash…and that’s not always so simple.

For as long as I can remember, my passion has been music. I’ve been playing the drums in bands for 16 years. I’ve put out records, been hired for tours, and developed a significant international network of fellow musicians and industry people.

So with the mammoth music industry event that is SXSW still fresh in mind, I thought it would be a perfect time to explore a simple question:

Is it easier to make a living playing music than it used to be? Let’s take a look:

It’s cheaper to make music
Recording on a budget used to be a huge to-do. At 14 years old, convinced that my new band was about to take over the world, I had to scour the hallways of my high school to find that one special person with a 4-track recorder and a microphone. That was hard enough, let alone scraping together the $50 he wanted for a day of recording. I don’t miss those days.

User-friendly programs like Garageband have changed the art of home-recording. First of all, the recording quality, even when recorded through the laptop microphone, is far superior to any demo tape I have from my youth. It makes long-distance collaboration simple, mixing has never been easier, and best of all, you don’t need to limit yourself to 4 tracks!

It’s easier to find fellow musicians
If you’ve ever had to find fellow musicians for a project, you know that it’s not as easy as it sounds. Well, computers have solved that problem! Nowadays, any musician can start a project without actually having a full band together. Are you a guitarist overflowing with song ideas? Track that riff in Garageband, put it over a programmed drum track, hum a vocal melody and you’ve got a very solid foundation from which to build your future hit.

But doesn’t that mean anyone can start a band?
Yes, the floodgates are now open. Once a laptop has been purchased, anyone can start a project. You don’t need a guitar, drums, or even a good voice. All of those things can be created using Garageband.

I can hear my dad’s voice in my head: “What?! You made this music on the computer!? Hendrix and the Beatles would never do such a thing! Blasphemy!”

Personally, I think this is a great thing. Sure, there’s too much music...but there was always too much music. Just because it isn’t being played with traditional instruments doesn’t make it any less worthy of our attention. Remember, George Harrison recorded an entirely electronic album right on the heels of the Beatles breakup and just think of how many great records we wouldn’t have if Dylan HADN’T gone electric?

So yeah, everyone can become a songwriter -- but that only means you have more songwriting tools at your disposal. That should empower you, not discourage you.

Getting your music out there is easier...but there’s a lot more competition
Long gone are the days where musicians had to break their backs for years making the perfect record. They can spend time on a single, put it on youtube or bandcamp, and it’s all done. If you make money through bandcamp, besides the small fee (15% for digital sales, 10% for merch), all of the money goes directly to you.

Remember the days of having to publicize your band in local print magazines and hoping that people would take the time out of their day to send you $10 for your CD. You don’t? Good...it wasn’t all that fun. As exciting as it was to receive money in the mail, the process of packing them up and bringing them to the post office made for a not-so-thrilling experience.

Of course, getting people to your bandcamp page is a task in itself. The truth is, you need to know how to market yourself in a much more refined, aggressive way than was the case years ago. Using social media to promote your music is a requirement and it’s hard to build interest in your music if you don’t first give it away, at least for a short period of time. This is one of the more challenging elements of the contemporary music industry. Still, spending an hour or two per day marketing your music online is probably more fun than hanging out at the post office.

The fact is, your music is no longer the money-maker
The music that you record is going to get you attention, but it’s no longer the primary money-maker. Spotify and iTunes don’t pay very well, but if you aren’t on either, you’re missing out on a critical market for your tunes. A lot of smaller bands and musicians will put their album on bandcamp for free, with a link to buy a physical copy (which might be something to think about, being that digital and CD sales fell last year, while vinyl sales increased.

So how are musicians expected to make any money?
Here are a few ideas:

Is that all I can do? Is that it?
Of course not. But, those are the big 3 strategies that most musicians can implement. Making money off of your music can occur in a number of ways, but choosing the most successful strategy is going to depend on your music and your fans. Here are a few more money-making schemes that might work for you:

Freelancers, have you managed to make a living off of your art? What strategies worked for you?