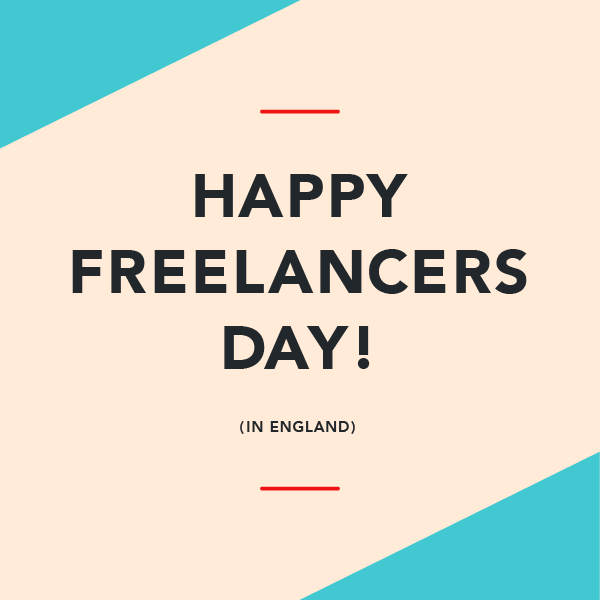 Did you know that the UK actually has a National Freelancers Day? It does, really. And today is their 5th annual celebration of it.

Across the pond, people seem to have a deep appreciation for independent workers. In honor of National Freelancers Day, British Prime Minister David Cameron said that “freelancers are the engine of our economy,” adding his name to countless other British industry leaders and politicians who recognize freelancers’ impact on the economy. Pretty cool, huh?

National Freelancers Day is even being celebrated today in London with a panel discussion of business leaders, politicians, and independent workers on the power of the freelance model.

You’re pursuing your dreams, changing your lives for the better, and helping to shape the new economy. With freelancers doing so much great work the world over, be sure to take a second out to give yourself a pat on the back - maybe even a hug (if that’s not too weird).