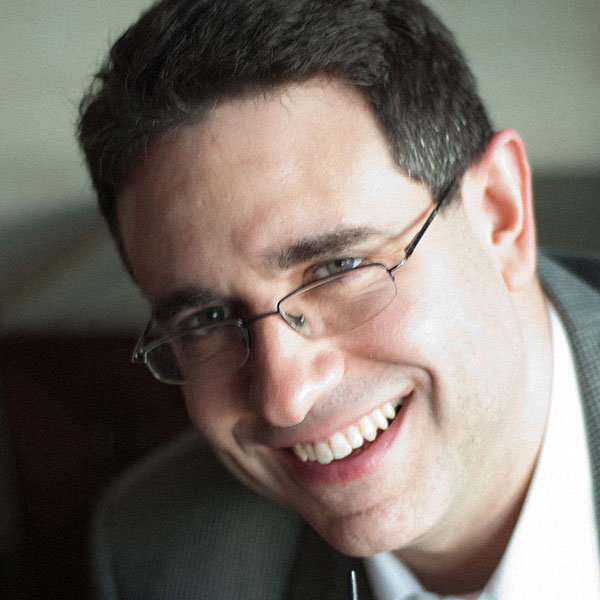 The Freelance Life spotlights members who are pursuing their passions through independent work. Meet Steve Lieber, comic book artist, commercial illustrator, and member of Periscope Studio, a co-working space for cartoonists in Portland, OR. Periscope is setting the standard for co-working – though its members have individual assignments and clients, they also frequently collaborate on bigger projects. Periscope has met with so much success that it’s in the process of becoming an LLC. Read on to learn how these artists work so well together.

Tell us about yourself! How did you get your start as an illustrator?

I'm a comic book artist and commercial illustrator. I've been freelancing full-time since finishing art school in 1990. I got started in commercial art by taking my portfolio around to ad agencies. I was ridiculously lucky. The very first art director I visited hired me for a huge storyboard job. Other agencies soon followed, and that kept me busy for a couple of years while I worked on my comics. I was making small-press comics and snail-mailing samples of my work to comic book writers and editors continuously on a monthly schedule until they saw that I was making deadlines before I had any.

Now tell us about your co-working space for comic artists, Periscope. What is the space like and what is its mission?

Periscope is a U-shaped space stuffed with drafting tables and computers in a downtown office building in Portland, Oregon. There's no central aesthetic to the space: it's everyone's accumulation of books, props, equipment, spare dogs, and miscellaneous weird stuff. We formed in 2002, so we've been open for 11 years. In that time, we've worked on every sort of comic: comic books, webcomics, original graphic novels, commercial comics, comics-as-journalism, informational comics, comics-as-branding. We've done work for animation, laid out cut-scenes for video games, and had comic books adapted as a major motion picture. A few years ago, one of our members storyboarded three different commercials that aired during the Super Bowl. Our members are active in every aspect of visual storytelling.

Periscope has some shared equipment -- big scanners and printers and Cintiqs, a bunch of props, shipping supplies, and a huge library of comics, reference, and art books. We also take on interns, generally two at a time for three-month tenures, 52 of them so far. We try very hard to make the intern experience like a professional apprenticeship. In exchange for some moderate office chores, they get steady access to two dozen working professionals. We do demos and tutorials, critique their work, tackle their craft and business questions, put them on some of their first paying gigs, introduce them to other industry pros, and educate them about professional practices. We're very proud to have put together a program that any of us would've wanted to be part of at the start of our own careers.

Our mission is to create great comics and art in a stimulating and supportive environment.

Why did you decide to start a cartoonists-only studio? Where did you get the inspiration for Periscope?

Creative people like comic book artists and writers have shared co-working spaces for decades, long before the term “co-working” even existed. Portland is full of comic book makers. We held informal meetups, getting together in cafes to sketch, talk shop, and show off our latest work. Everyone enjoyed it, so renting a space and making a studio seemed like the logical next step.

Has running Periscope come with any challenges? How have you overcome them?

It's been remarkably smooth. We started with a core group of smart, stable, and mature professionals and we've done well managing our growth. Our biggest challenges have been the occasional interpersonal issues that come up when two dozen creative artists with heavy workloads and tight deadlines share a relatively small space. We've overcome them by just being grownups. It helps that we all recognize that what's good for the studio as a whole is also good for every individual in the studio. When something positive happens for one of us, it tends to benefit everyone else in the studio, too.

Do the cartoonists work together on jobs? What has been your most interesting project?

Frequently! Sometimes two or three members will collaborate on a project, like Paul Tobin & Colleen Coover on their 4-time Eisner nominated comic, BANDETTE, (http://www.comixology.com/Bandette/comics-series/8519) or Jeff Parker, Ron Chan and me on our graphic novel UNDERGROUND, (http://undergroundthecomic.com). Other times, one of us will have an assignment that's a little too big to turn around solo, so he or she can bring in a studiomate to help out. This means that we get to say yes some jobs that, without the studio, we'd have to decline. It also means that we don't miss deadlines.

Also, a number of our commercial clients have hired the studio as a whole to create comics or illustrations at a pace no individual could possibly manage. Working this way, we've created on-demand, in-real-time viral art for social-media agencies, comic book content for multimedia Alternate Reality Games (aka ARGs), comic book-style training manuals for an international clothing retailer, and tons of storyboard and pitch-art packages.

Our group-projects are generally locked down under NDA, but one of the highest profile collaborations that I can talk about is also one of the coolest. DC Comics launched their long-awaited “Batman '66” online comic with stories by our own Jeff Parker and Jonathan Case. Because they work in the same room, Jeff and Jonathan have been able to collaborate far, far more closely than most comics makers can, and the resulting work has received a flood of praise and publicity.

What tip would you give to a new freelancer or aspiring entrepreneur?

Treat it like you already have a job doing what you want to do. Produce great work on a regular schedule, and use every tool at your disposal to get it in front of anyone who might pay you to do it. For more in-depth advice, I recommend lawyer and negotiation coach Katie Lane's blog at http://www.workmadeforhire.net/

What drives you to keep going?

I just love what I do. I love making comics, I love drawing pictures, and I love working in Periscope and seeing all the great stuff my studiomates are doing.

Any big projects on the horizon? What's next for Periscope?

I'm illustrating a monthly comic for Marvel Comics called “Superior Foes of Spider-Man,” and another comic, “Alabaster” that's being serialized in an anthology, Dark Horse Presents.

Periscope as a group is in the process of incorporating as an LLC. We're in the middle of planning a major creator-owned project featuring our artists, and we wanted that to come out from a single entity. We're all committed freelancers – none of us have any interest in ever being a Periscope "employee" – but we've collectively reached the point of commercial success where promoting ourselves both as a brand and as a business makes perfect sense.

I'd love to highlight everything our members are working on, but we produce a hundred or so pages of comics every week, along with illustrations, fine-art prints, and commercial art. Basically we look forward to taking over the world and reigning over it as a pitiless band of feudalist comic book warlords. And warladies.